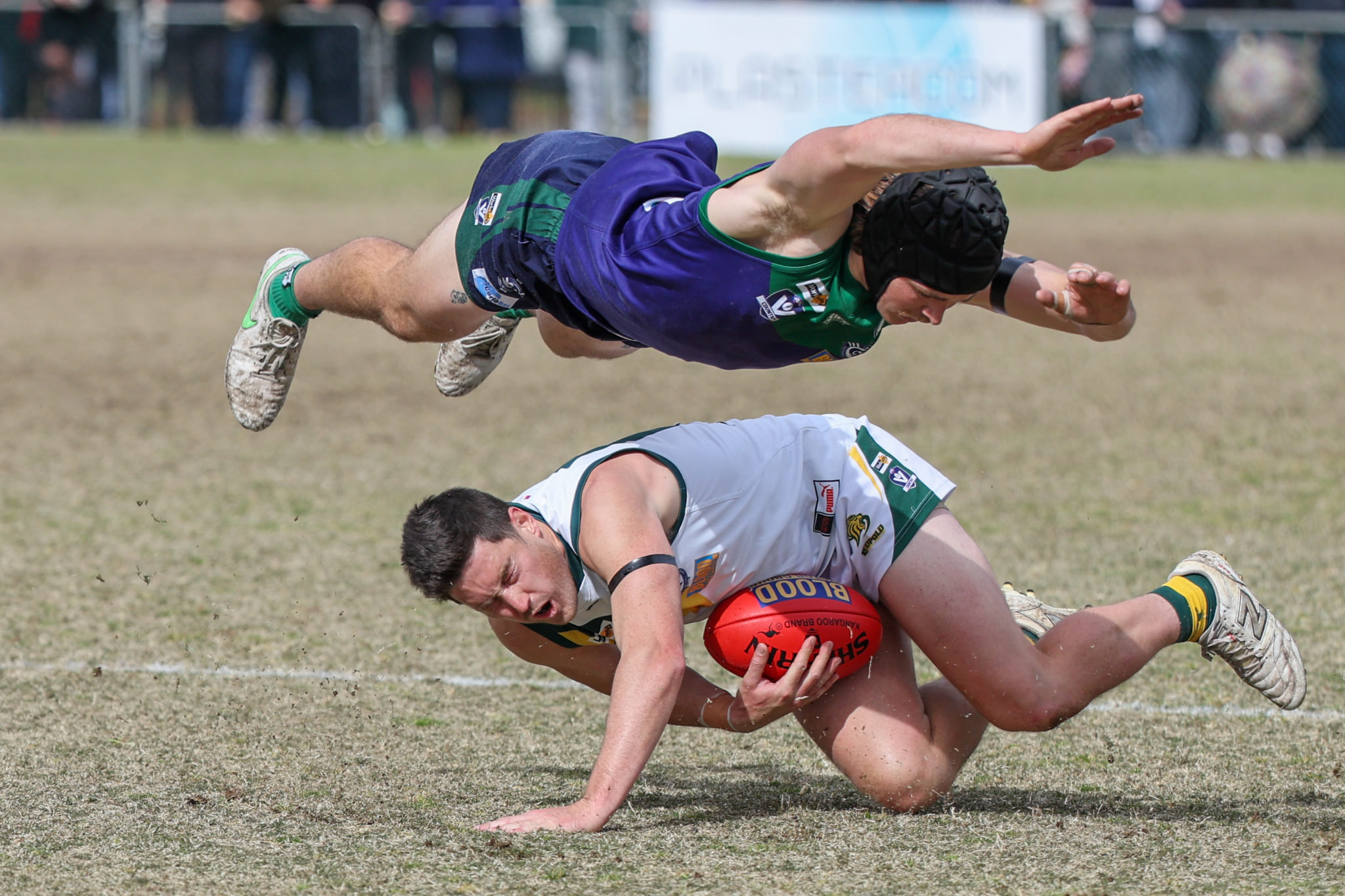 WHEN Sam Hughes kicked a goal inside the opening 30 seconds of the GFNL grand final, Leopold coach Garry Hocking thought, “it was going to be a good day for us”.

However, it was a rare moment of joy for the Lions, as they managed only five more goals for the afternoon, as St Mary’s pressured their way to consecutive premierships with a 45-point win, 13.13 (91) to 6.10 (46).

After Hughes’ goal into the stiff northerly breeze, the Saints made the most of their first use of the wind, kicking five goals to open up a 27-point buffer at quarter time.

“We turned the ball over a couple of times inside our deep 50, which fuelled some scoring,” Hocking said. “They separated the game a little bit early.

“But, we’ve shown all year we don’t go away; we’ll keep fighting and fighting.

“We couldn’t put chains of possession like we have, and that was through their pressure and our poor decisions.

“And maybe (we were) a little bit fumbly early; overran a couple of ground balls, they just overwhelmed us a little bit.”

“Because the ground’s so big, our mids felt like they had to defend forward of the ball, then also defend behind the ball,” he said.

“We talked about our backs squeezing a little bit more and maybe erring on being forward of the ball, and if they get out the back, so be it.

“So, we were caught in between a little bit.

“It’s such a big ground that our mids felt they got a bit overwhelmed with the space that they had to attack in or defend in.”

Hocking didn’t speak extensively to his players following the match, aware that much of what he would say wouldn’t be absorbed.

“Footy’s no different. You wrap it all up, it’s still a game, and you take bits and pieces out of it.”

Hocking hopes those returning for 2023 use the loss as a spur for next year.

“The disappointment you just use to come back to pre-season,” he said.

“We’ve got a really proud and very honest group, and at the end of the day, we’ve created a safe space for them to be able to work and feel comfortable in.