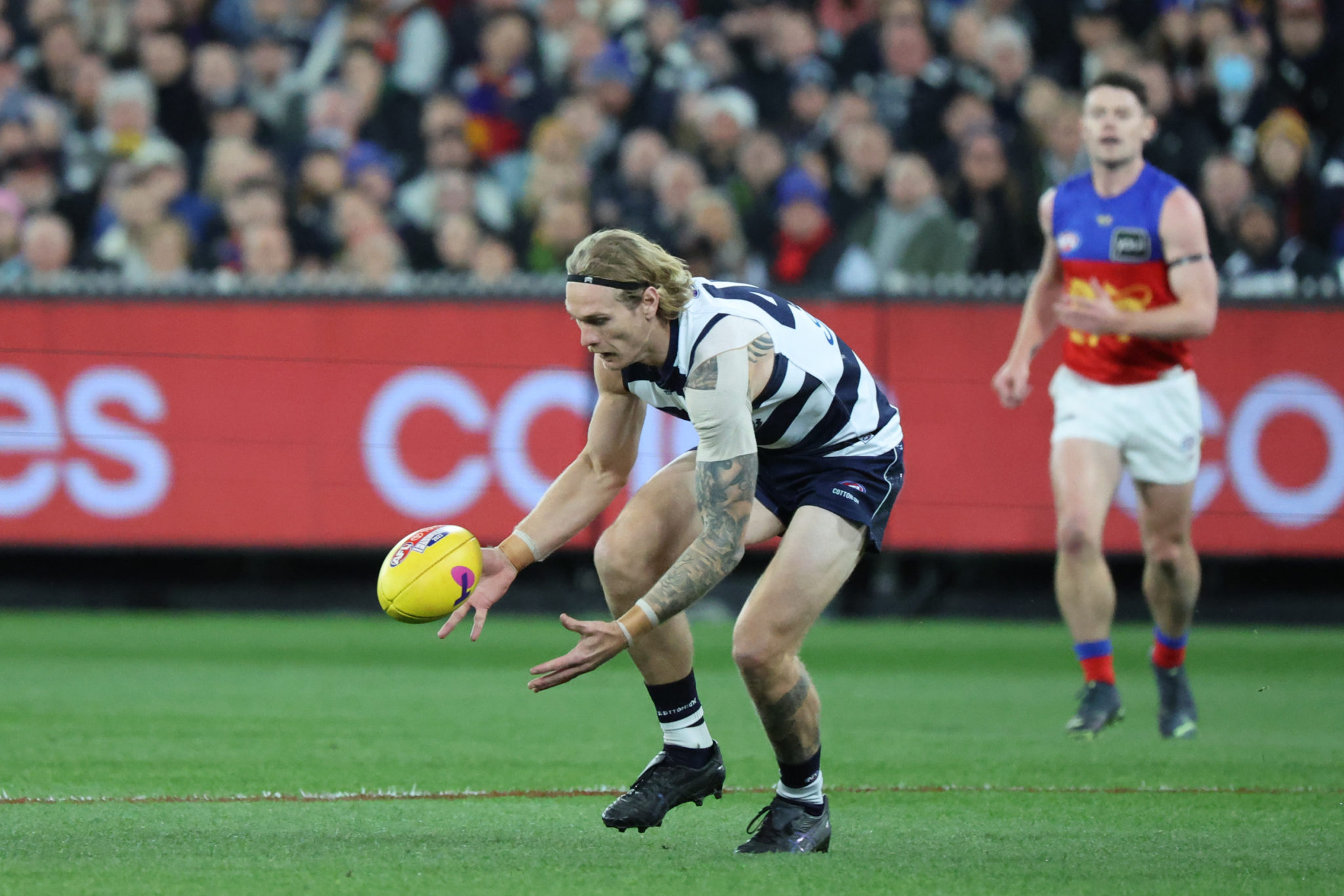 STAR Geelong defender Tom Stewart is thrilled the Cats have been able to shake off their AFL preliminary final monkey.

The Cats are through to a second grand final in three years and will start warm favourites in the September 24 decider against either Sydney or Collingwood.

But Geelong’s preliminary final form since their last premiership in 2011 had been disappointing and full of heartbreak.

The Cats won just one of their previous six preliminary finals, including an 83-point belting at the hands of Melbourne last year, despite being the most consistent home-and-away team of the last decade.

However, Chris Scott’s team saved their most dominant performance of 2022 for Friday night’s preliminary final, dispatching the Brisbane Lions by 71 points.

They will go into the grand final on a 15-game winning streak and will be aiming to match the Lions team of 2001 and Carlton in 1995 as clubs to make it 16-straight victories to salute for a premiership.

“It’s extremely pleasing,” Stewart said after the win against the Lions.

“We’ve probably, rightly, had plenty of things against us in prelims.

“We haven’t quite performed to expectations that we wanted to but we’ve given ourselves a chance this time.

“I’m just so stoked for the group, some of the young blokes, so I couldn’t be happier.”

The four-time All-Australian hailed the current group as the most-rounded team he had played in.

“We’ve got such belief in our system and what we can bring,” Stewart said.

“We’ve built our game on pressure around the ball and giving ourselves some looks in the air down back.

“We’re just backing our boys ahead of the ball, and why wouldn’t you when you’ve got the firepower ahead we’ve got up there.”