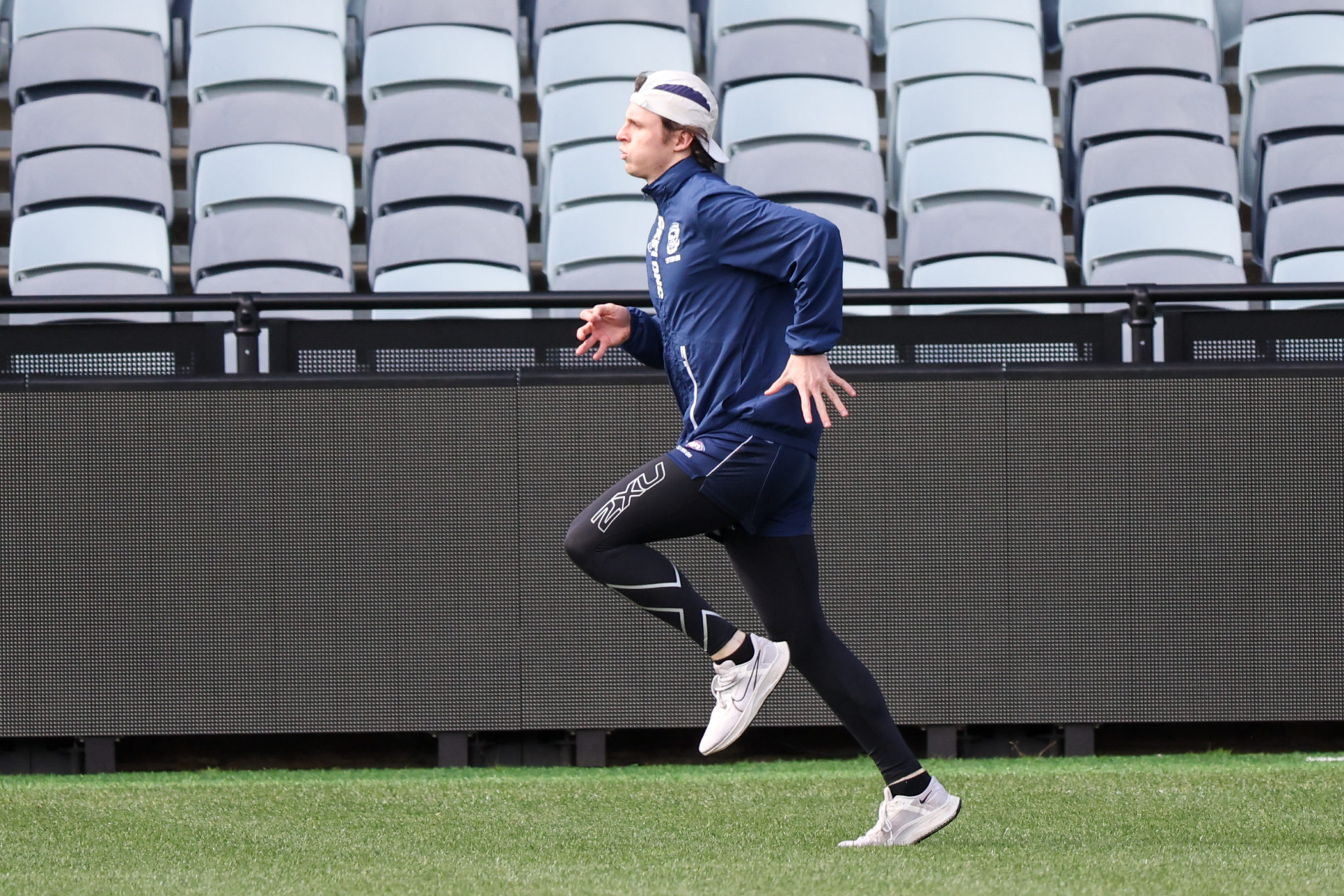 Holmes spent today’s opening training session doing strides on the Reg Hickey Stand side of GMHBA Stadium before running laps, which garnered big cheers from the thousands of Cats fans that turned out.

Wednesday’s main training session is likely to be the litmus test for the 20-year-old.

“Pleasingly, his clinical signs on assessment are encouraging.

“We will continue to manage him accordingly, with a call to be made on his availability later in the week.”

Geelong vice-captain Patrick Dangerfield admits he thought that, following the preliminary final win over the Brisbane Lions, Holmes was unlikely to be part of the decider.

“(He’s) a lot more (chance of getting up) than I did post-game, I think that’s for everyone,” Dangerfield told reporters.

“It’ll obviously be left to the last minute.

“We’ve got wonderful medical staff, and they’ll make the best call for everyone involved, but he’s shocked a few of us.”