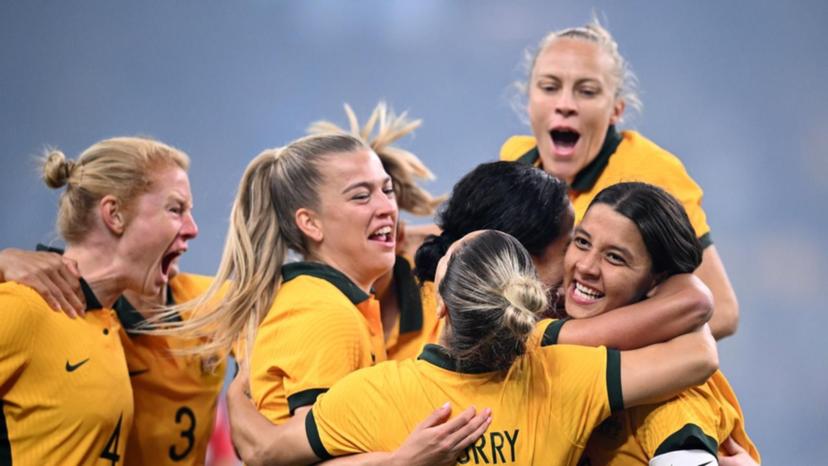 The Matildas will play Denmark next month after Tony Gustavsson’s side locked in a second game for their European camp as part of their build-up to hosting next year’s World Cup.

Already set to face South Africa on October 8 in London, the Matildas will now meet the Danes on Wednesday, October 12, in Midtjylland.

Denmark, who failed to make it out of the group stages at this year’s Euros, are ranked 17th by FIFA.

They last played the Matildas prior to the Olympic Games last year and claimed a 3-2 win.

Since then Australia have been desperately searching for results, with further questions over Gustavsson’s tenure emerging after back-to-back defeats at home to Canada earlier this month.

“Having faced them in my early days with the team, we are all well aware of the quality of Denmark,” Gustavsson said in a statement.

“Their quality is demonstrated in Denmark’s significant number of world-class players in the top teams and leagues.

“In South Africa and Denmark, we have a chance to experience that difference in styles just days apart which will be our reality at the World Cup.

“As a team, it’s a great challenge in how we transition quickly in a tournament with only a short turnaround.”

The Matildas will return to Australia on November 12 with a fixture against Sweden scheduled for Melbourne’s AAMI Park.

The Matildas will face Denmark in an away friendly next month after meeting South Africa in England. (Dan Himbrechts/AAP PHOTOS)