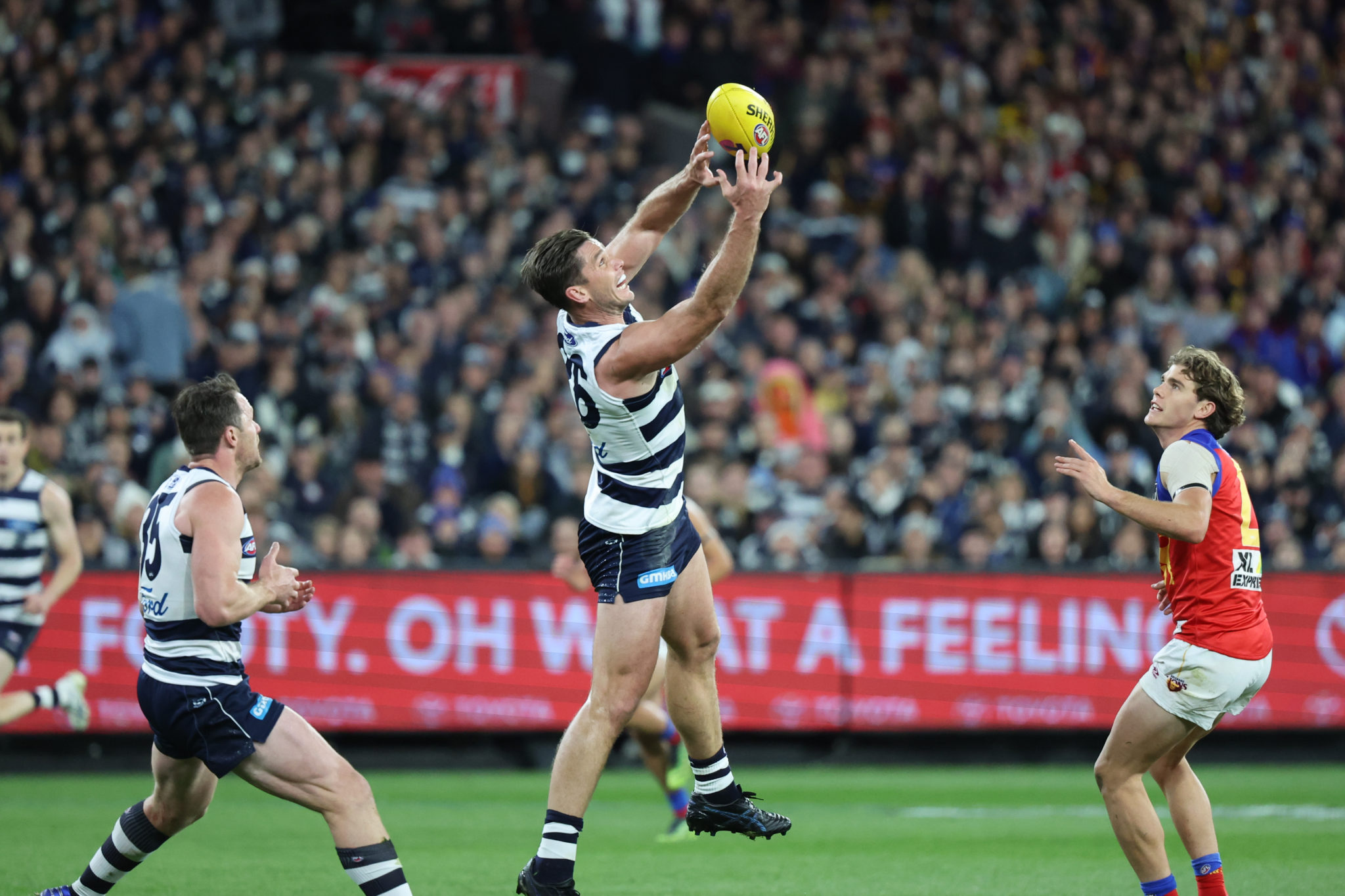 STAR Geelong veteran Tom Hawkins could not be more relaxed ahead of his fourth AFL grand final.

The Cats will enter Saturday’s decider against Sydney on a 15-game winning streak.

Despite the pressure of being hot favourites to win their fourth premiership since 2007 and 10th overall, there are no nerves from Hawkins.

“I’m just trying to really enjoy the moment, you might gauge that from the way I’m talking and the way I’ll be during the week,” the key forward told reporters at Geelong’s open training session on Monday.

“You don’t get the opportunity in football to play in grand finals too often, and to do it as a 34-year-old, I’m realistic (there won’t be many more opportunities), so I’m just going to really enjoy the week.”

Geelong’s last premiership was when Hawkins finally stamped himself as a premier AFL player.

An inconsistent forward during his first five seasons in the AFL, Hawkins came of age with a three-goal, 19-possession performance in the 2011 grand final win against Collingwood.

Hawkins’ best season prior to 2011 was a 34-goal haul in 2009, but he has been an unstoppable force since his breakout performance with five All-Australians.

The 34-year-old has been a key part of Geelong’s continued dominance as they have missed finals just once in the past 11 seasons, but the ultimate success has eluded them.

Hawkins, captain Joel Selwood and Mitch Duncan are the only survivors from the 2011 flag.

“Putting yourself out there to compete every year, you run the risk of disappointment, and that’s professional sport,” Hawkins said.

“I’ve reached the pinnacle with my football club twice in my career (2009 and 2011) and one at VFL level, and I’m certainly in the minority of people who have been able to do that.

“I came straight from school, so I haven’t seen too many more environments.

“It’s always been the people who have come into the football club, and that’s right from the top.

“We’re just lucky in that sense to get those people right at the top, they’re all very driven.”