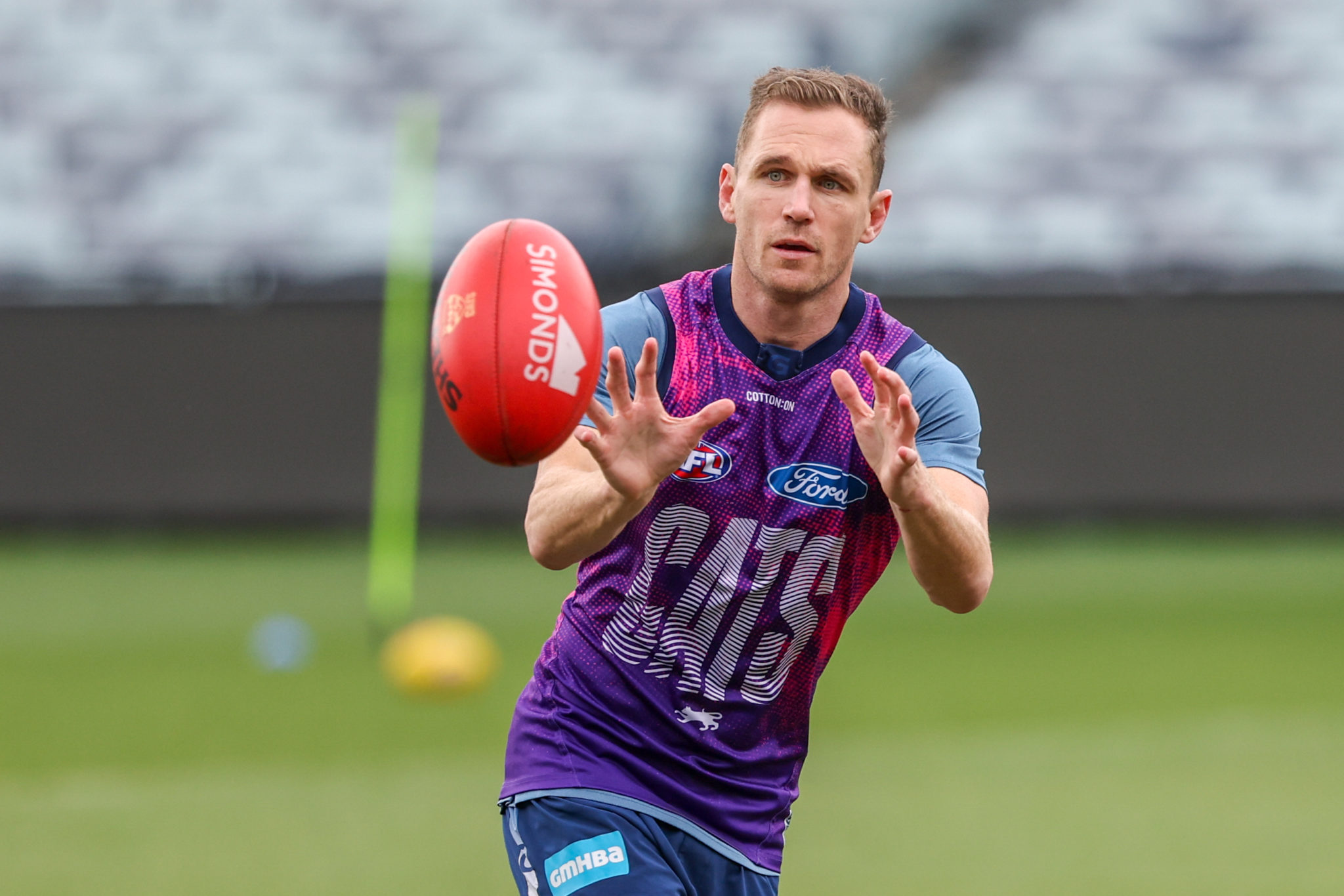 NO shortage of superlatives has been used throughout his AFL career to describe Geelong captain Joel Selwood.

However, teammate Patrick Dangerfield may have become the first to label his skipper as “superhuman”.

Selwood will become the player in VFL/AFL history to feature in 40 finals when he heads the Cats out for Saturday’s grand final meeting with Sydney at the MCG.

“He typifies everything we want to be as players, and he lives his life – on and off the field – that way,” Dangerfield said.

“He’s such a special person. We’re a very fortunate organisation to have him at the head of it and to be led by him.

“He’s the ultimate competitor, but his care for others, empathy, is quite extraordinary. It’s superhuman the level of detail in terms of knowing people and how they tick.

“He’s a very special human – the whole family is, to be honest.”

Geelong booked its spot in the grand final after a standout performance by Dangerfield against the Brisbane Lions.

In his most complete performance since the Round 1 win over Essendon, Dangerfield finished with 28 disposals (16 contested), had eight clearances, seven inside 50s, and kicked 2.2.

“I’ve felt good the last couple of weeks; it just doesn’t come off in terms of how you play,” he said.

“It was nice to contribute, and, really, the only important thing was the W at the end of the game.

“It’s nice that we’ve got great availability – touch wood with Maxy (Holmes) – and we give ourselves a chance.”

Dangerfield missed four games mid-season as he was given a chance to overcome a nagging calf issue.

The 2016 Brownlow medallist returned for the Round 16 win over North Melbourne and, aside from being a late withdrawal from the win over St Kilda in Round 21, has played every game.

“It’s just good to feel fresh and ready to go,” Dangerfield said. “But, even if you didn’t, it’s a grand final.

“So, it doesn’t really matter how you feel; it’s what you do, it’s how you perform, and that’s ahead of us.”

Saturday will be Dangerfield’s second grand final appearance of his 302-game career.

However, it will be his first at the MCG after Geelong’s 2020 loss to Richmond was played at the Gabba in Brisbane due to COVID-19.

“There’s something about turning onto Brunton Avenue as the lights are on,” Dangerfield said.

“And to have it packed Saturday is just going to be spectacular.”