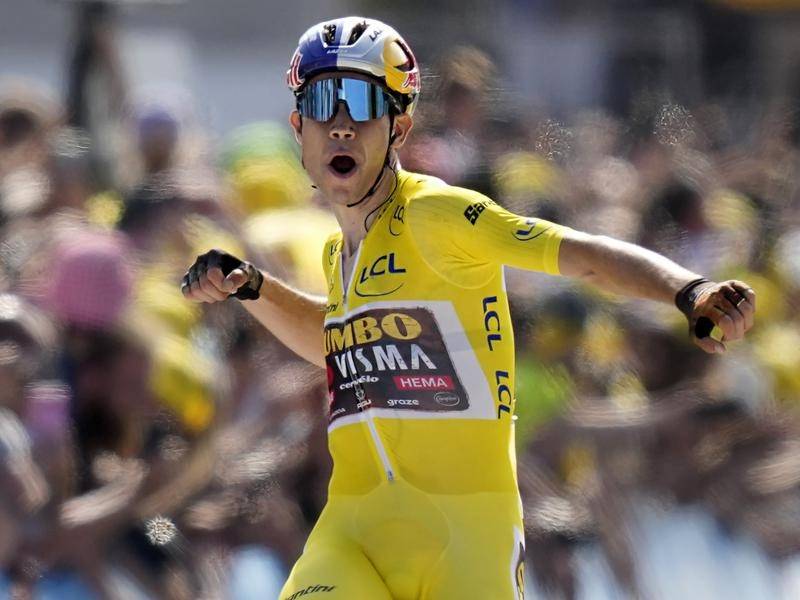 The Belgians went all-in for van Aert at their home worlds, but he could only managed 11th and that prompted plenty of angst for the cycling-mad country.

It also prompted some angry comments from Evenepoel, who felt he could have been another winning option.

Van Aert, in turn, said Evenepoel should not have spoken publicly and felt he was adding “fuel to the fire”.

But the pair, among the leading favourites for Sunday’s men’s road race at Wollongong, pointedly held a media conference on Thursday afternoon.

Asked if they could work together, van Aert drew some laughs when he replied: “It’s like when you marry in the church and you have to say ‘yes’.”

Evenepoel also brushed off the fracas, saying: “I think everything has been blown up for nothing.”

They are adamant that this time, the Belgians will have the right tactics on the testing road race course.

“It’s clear what our capacities are – I have a better sprint than Remco – normally – he can attack from further out,” van Aert said.

“On the other hand, I don’t believe we need to make a choice too early.

“We just need to take profit (from) the chances if we are there, two of us, in the final – not many countries will have that.

“That will be really important, to keep both options open. Also everybody expects me maybe to wait for a sprint, but I can also attack. We will see.”

He added Belgium can make the perception that they are a divided team work to their advantage.

“They (other nations) still believe we’re not going well together, but that can also be really good,” he said.

Evenepoel said the key was for the Belgians to work well together, however the race unfolds.

“A lot of eyes will be pointed (at) us, but I think we just have to stay calm and relaxed, whatever the situation is, work together as a team and try to avoid situations like last year,” he said.

“We both know and the other six guys know how we have to race.

“There’s no other option – we want to win for Belgium.

“We can work perfectly together in the final.”

Van Aert added there is a much different atmosphere in Wollongong than that they faced last year, with intense pressure around the home nation.

He noted that the crowd for their pre-race training ride in 2021 was probably bigger than the number of fans who will be roadside for Sunday’s race.