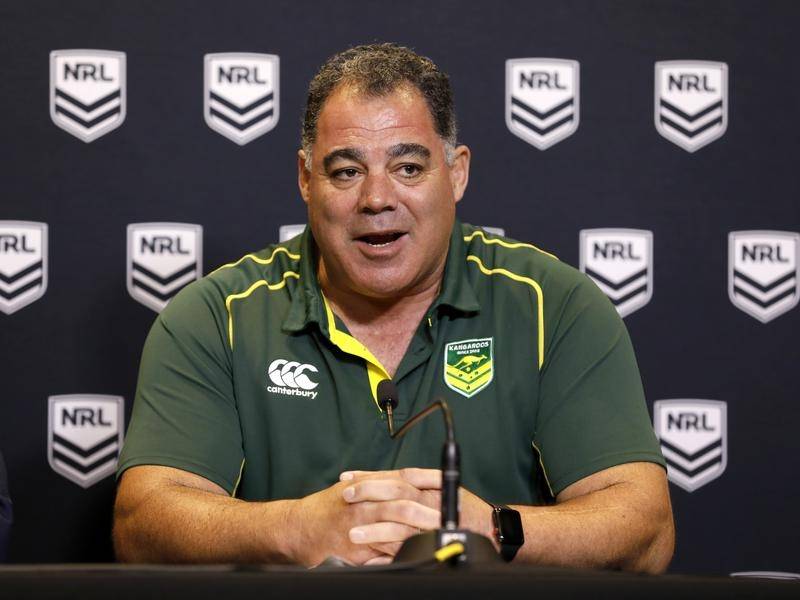 Australian rugby league coach Mal Meninga has drawn a line in the sand and says any player dithering about their allegiance to the Kangaroos is not wanted.

Meninga and the Australian Prime Minister’s XIII are in camp in Brisbane ahead of Sunday’s international clash with Papua New Guinea in Brisbane.

A squad of 24 Australian players will leave for England on October 6 to contest the Rugby League World Cup, with the number of top-flight players available for Australia continuing to dwindle.

Sydney Roosters teenager Joseph Suaali’i announced on Monday he was pledging his allegiance to Samoa instead of Australia at the World Cup.

Meninga said the Kangaroos were still in “good shape” with a great spine and a “plethora of hookers and edge back-rowers”.

“I am very happy, but it does get messy when players ring up and they have indicated they wanted to play for Australia, then at the last moment they want to play for their ancestral nation,” he said.

Meninga was satisfied that Suaali’i was the last player to notify him of another allegiance when asked whether he expected any more defections.

He said Australia would initially pick a World Cup squad on Saturday “of about 30 players” and then whittle it down to 24 after the NRL grand final.

Meninga was asked whether Suaali’i and the other defectors had disappointed him.

“I’m not disappointed, but we need to have a look at how we clean it all up with the eligibility rules,” Meninga said.

“I am happy for them. If they make a decision that they want to play for their ancestral nations, that’s good for me.

“I don’t want them going away in the green and gold and second doubting themselves as to whether they want to be here or with another footy team.

“I am really comfortable with the fact that the people who we pick want to put the green and gold jersey on and give a great account of themselves playing for their nation.”

Meninga said “everything needs to be cleaned up at the back end of the year” when asked whether players who elect to play for second-tier nations should be allowed to play State of Origin.

“Those born in Australia, whether it be NSW or Queensland, are eligible and then we look at all the different caveats off the back of that,” he said.