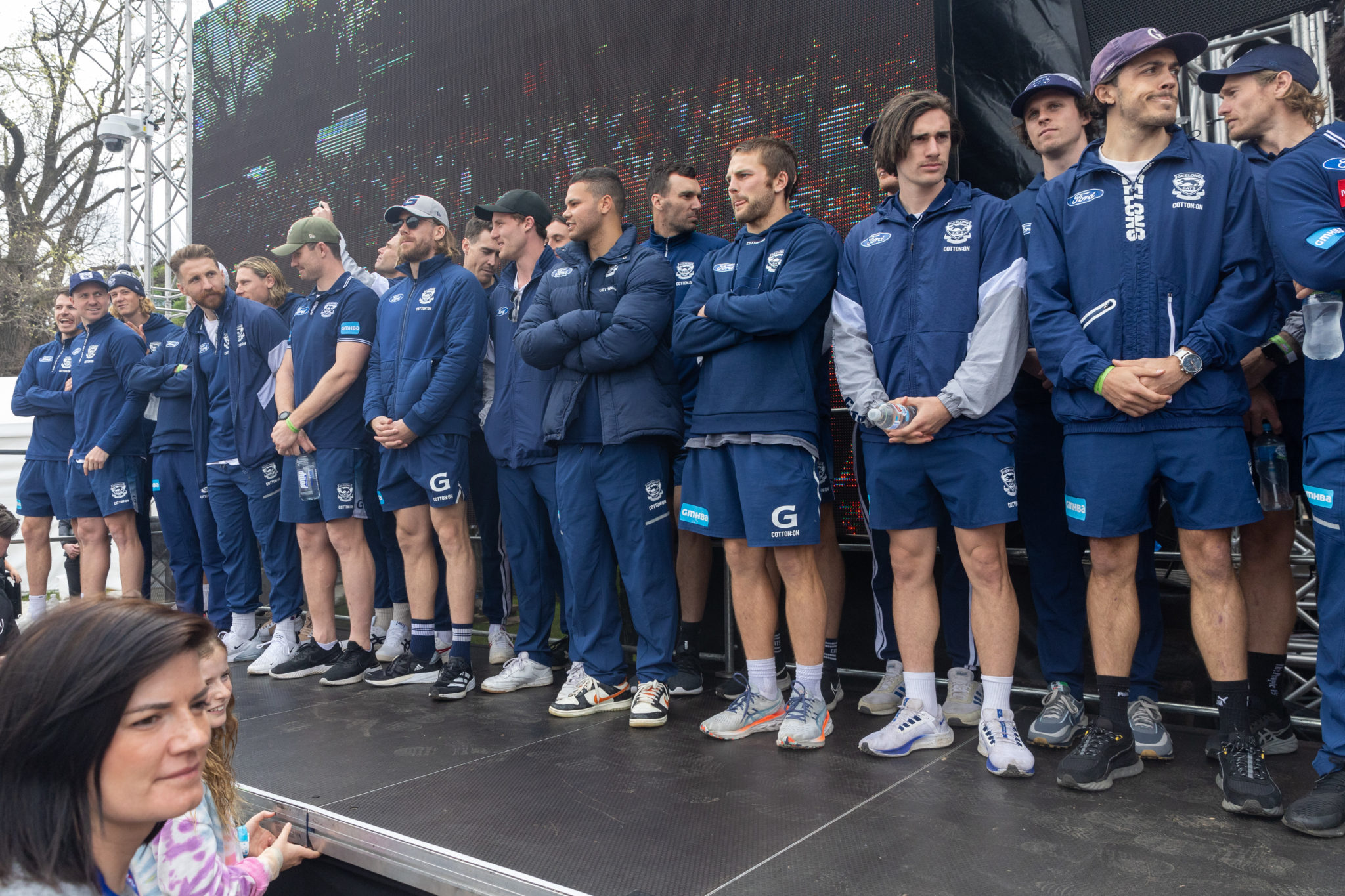 CHRIS Scott believes hot favourites Geelong are better placed than ever to end their heartbreaking run of September failures in the AFL grand final.

The Cats will field the oldest team in the competition’s 126-year history against Sydney on Saturday and there is still doubt over Max Holmes’ fitness.

The young wingman will be given until the last minute to prove he has overcome a minor hamstring injury.

But the minor premiers are full of confidence, riding a 15-match winning streak as the season decider returns to the MCG for the first time in three years.

Scott has led the Cats in five preliminary-final defeats and a devastating grand-final loss in 2020 since steering them to a premiership in his first season at the helm in 2011.

“I try to think about every year in isolation, but if you force me to take a step back and have a look at the last decade or so, I think our supporters should be proud of the consistency of our players,” Scott said.

“They deserve it, they just work so hard. We do have an experienced group, but I think they deserve any successes that come their way.

“They’ve been a privilege to coach.

“But I think this year we go in in great form, we’ve got good availability, and our game’s in really good shape.

“So as much as any time that I can remember, I feel like we’ve given ourselves every chance.”

Mark O’Connor was Geelong’s medi-sub in finals wins over Collingwood and Brisbane and looms as Holmes’ most likely replacement if he is ruled out.

Brandan Parfitt and Sam Menegola are also in the mix.

Holmes was put through a fitness test on Friday morning and sat out the Cats’ light training run on the MCG in the afternoon.

“We were hoping we’d be at the point now where we could absolutely say that he was playing, but what we do know is it’s absolutely not a ‘no’,” Scott said.

Young tall forward Logan McDonald was dropped in favour of Hayden McLean, who returns for his first game since round eight to give Tom Hickey ruck support, with Reid likely to be somewhat restricted.

“You just have to do the right thing by what the team needs, and that’s where it starts and ends,” Longmire said.

“It’s not an easy thing to do, but you need to give yourself the best chance to play against a team that’s finished two games clear on top of the ladder and been the dominant team all year.

The Swans have won nine straight games, including a pulsating one-point victory over Collingwood last week, and beat Geelong in their only previous meeting this season by 30 points at the SCG in Round 2.

It was the same night legendary forward Lance Franklin kicked his 1000th goal.

Like Scott, Longmire is looking for his second premiership as coach, having guided the Swans to their 2012 flag in his second season in charge.

“We understand and respect Geelong’s strengths (and) they’ve got many of them, but we just remind ourselves of what we do as well,” Longmire said.

“It’s two teams in good form that trust their systems, and that’s what will make for a great grand final.”

Geelong captain Joel Selwood will play a record-breaking 40th finals match and is one of three players left from the 2011 flag, along with Tom Hawkins and Mitch Duncan.

The trio are among a group of 10 Cats in the grand final line-up aged 30 or over.

Reid and co-captain Luke Parker are the only Swans players left from their 2012 premiership, with former skipper Josh Kennedy calling time on his career because of injury.