Stick to the system – Longmire 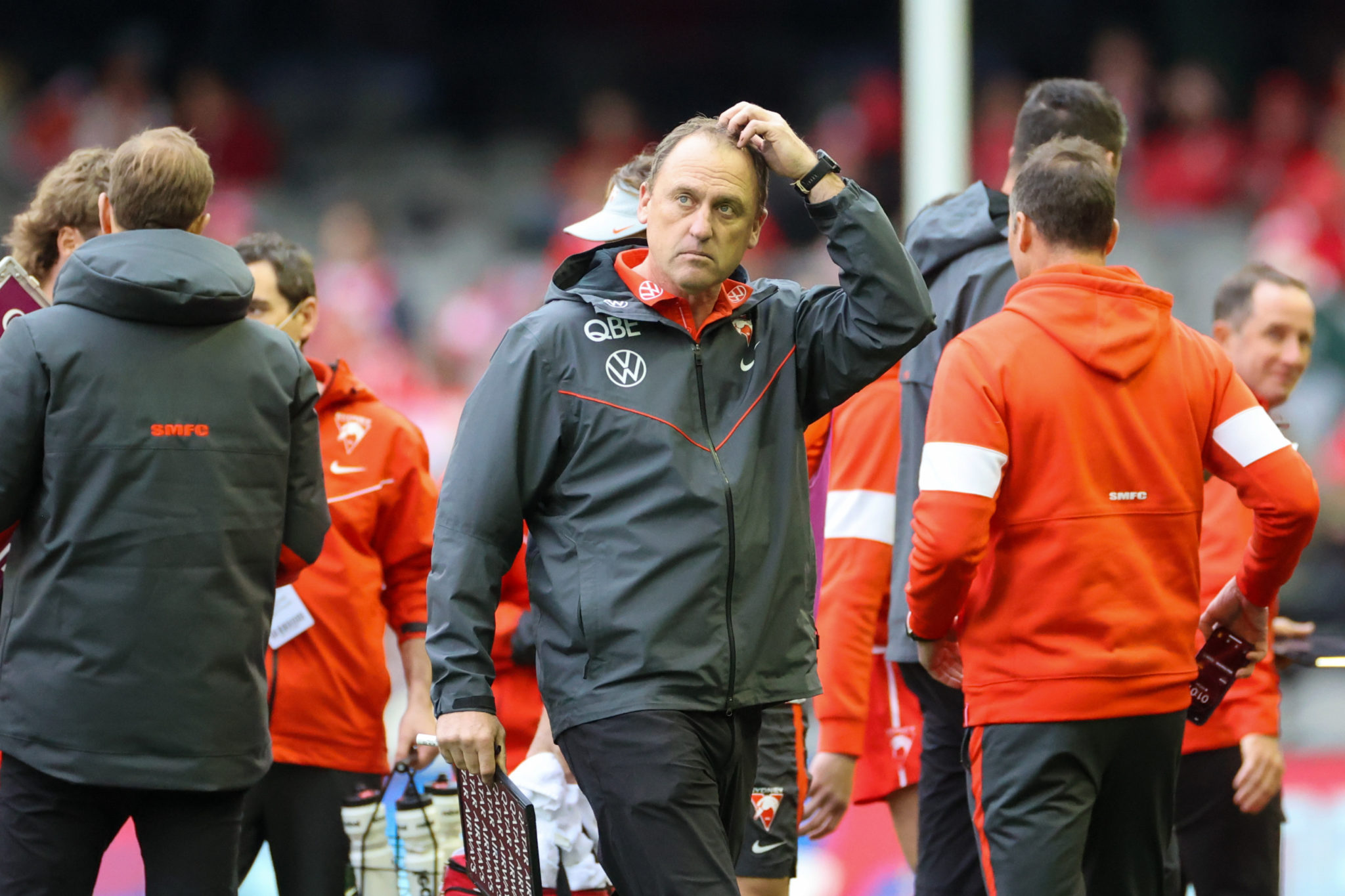 SYDNEY coach John Longmire is imploring his players to believe in their system after dumping young forward Logan McDonald for the AFL grand final against Geelong.

“It’s tough to go out of the team at any time but particularly for a grand final.”

Reid, with Luke Parker the only players remaining from Sydney’s 2012 flag-winning team, was substituted out of the preliminary final because of a groin injury, while McInerney suffered a sprained ankle.

Geelong named an unchanged side, including Max Holmes, despite the wingman being subbed out of their preliminary final due to a hamstring injury.

The Cats, on a 15-game winning streak, enter the MCG finale as warm favourites.

But Longmire said his Swans, who have won their past nine games in a row, must believe in their system to cause an upset.

“Just believe in what you do, the system,” Longmire said of the message to his players.

“It’s about turning up and about execution on game day.

“They (Geelong) finished two games (wins) clear at the end of the home-and-away season and had a great win last week, so they are clearly a very strong team.

“They have been fantastic this year, but we look forward to that challenge.”

“It is a big game, and we just have to make sure we back in what we do.”