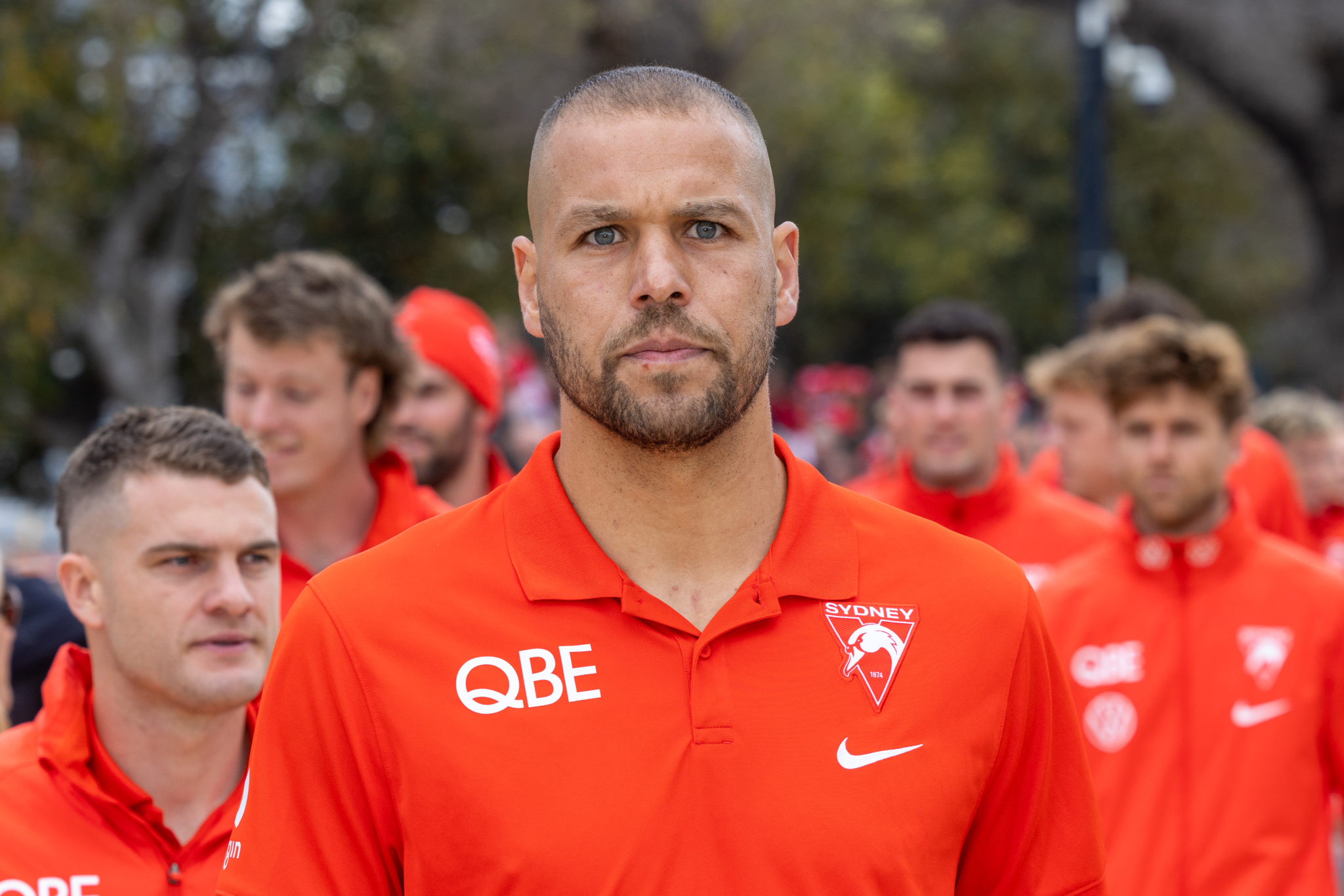 Franklin gave the Swans an added boost ahead of Saturday’s grand final when the 35-year-old confirmed he would extend his time with the perennial contenders into a 10th season.

The legendary forward put to rest speculation he could retire or potentially move to a third club in 2023.

Franklin will be vying to win his third premiership – and first with the Swans – when he runs out on the MCG for the decider against Geelong.

It will be Franklin’s sixth grand final, after three with Hawthorn and the 2014 and 2016 showpiece games with Sydney.

Parker believes Franklin’s presence against the experienced Cats, who will field the oldest team in VFL/AFL history, will be crucial.

“I’ve been front-row seeing what Bud (Franklin) can do out on the field, and to have him then develop into such a senior figure and now drive this young group through to back to where we think we belong,” Parker told reporters on Friday.

“He’s taken a really strong leadership role over the last couple of years and will again next year.

“His experience, leadership and effort out on the field is incredible.”

Franklin’s nine-year contract with Sydney was infamously derided by former AFL boss Andrew Demetriou back in 2013.

But Franklin’s stint in the Harbour City has been a roaring success, despite the Swans having yet to lift the premiership cup during his time with the club.

The magnetic left-footer became the sixth VFL/AFL player to reach 1000 goals when he brought up the milestone in the Swans’ last game against Geelong, back in round two.

“It’s bloody exciting to have Lance going around another year,” Parker said.

“The moment he’s come to Sydney, we look at our success over that period; while we don’t have a premiership, the amount of times we’ve been right up there fighting for one just shows what he can bring to a game.”