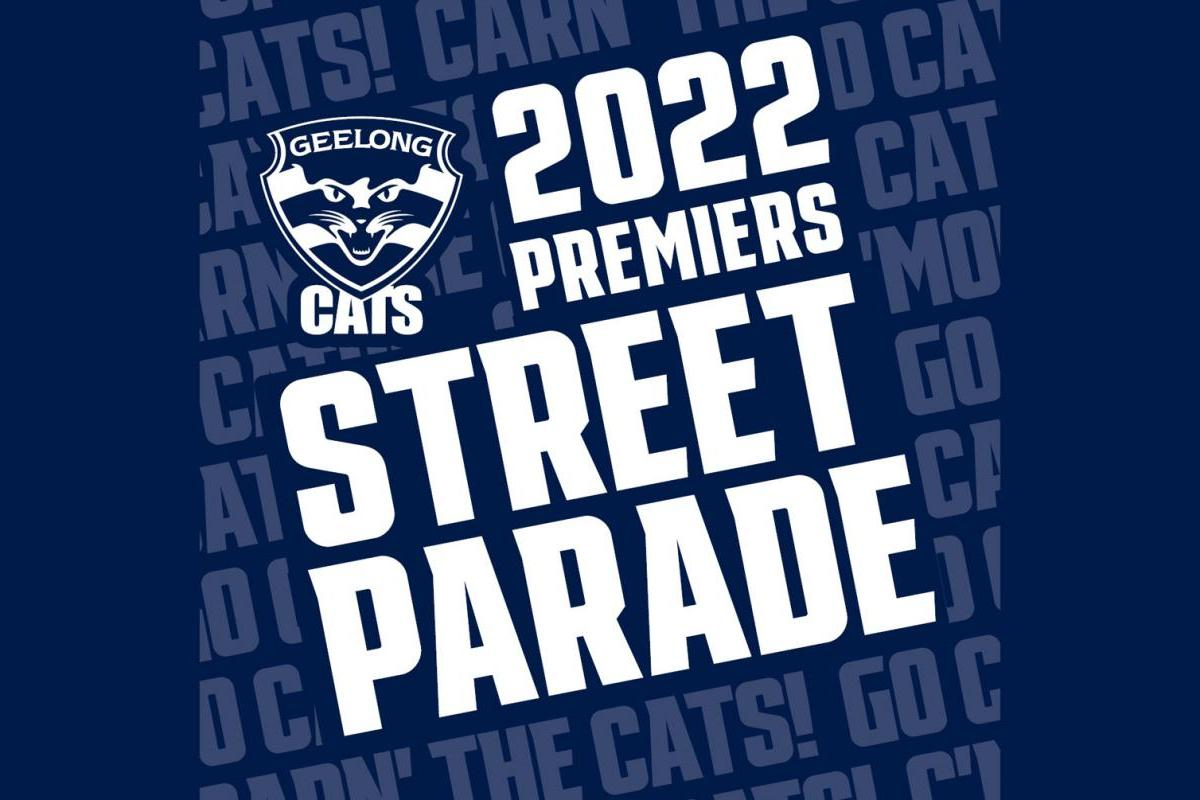 On Tuesday, Geelong players will travel in a motorcade through the Geelong CBD before arriving at Steampacket Gardens around midday.

Footy fans are encouraged to line the parade route, along Brougham Street, a short stint down Moorabool Street before turning on to Eastern Beach Road, then the players are presented on stage at 12 noon.

Park and Ride will continue to operate, on a different route.

Road closures will be in place from 5am Tuesday, however local access may be possible if it’s safe to do so.

Pedestrian Crossings for access from the parade route to Steampacket Gardens are available at Swanston Street, Bellerine Street, Yarra Street and on Eastern Beach Road at the existing crossing (out the front of the Novotel). 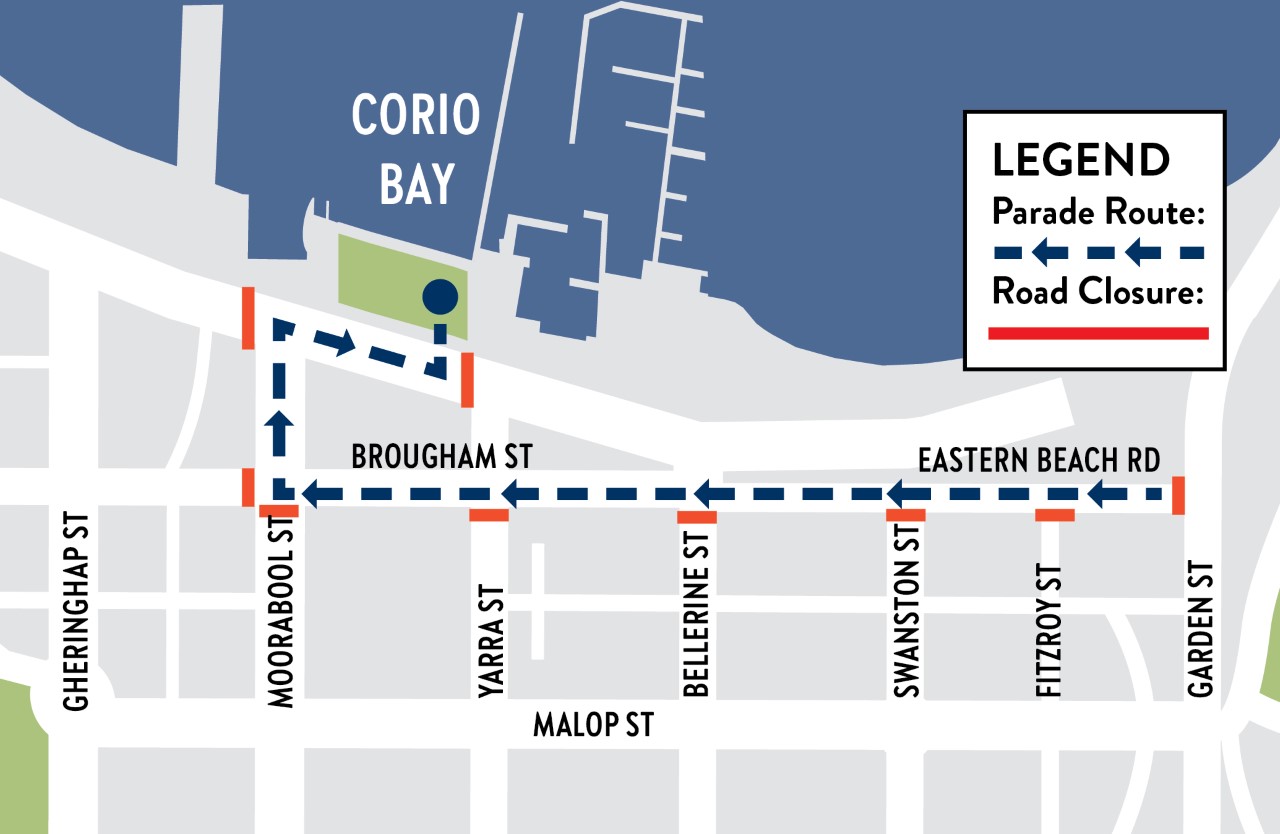