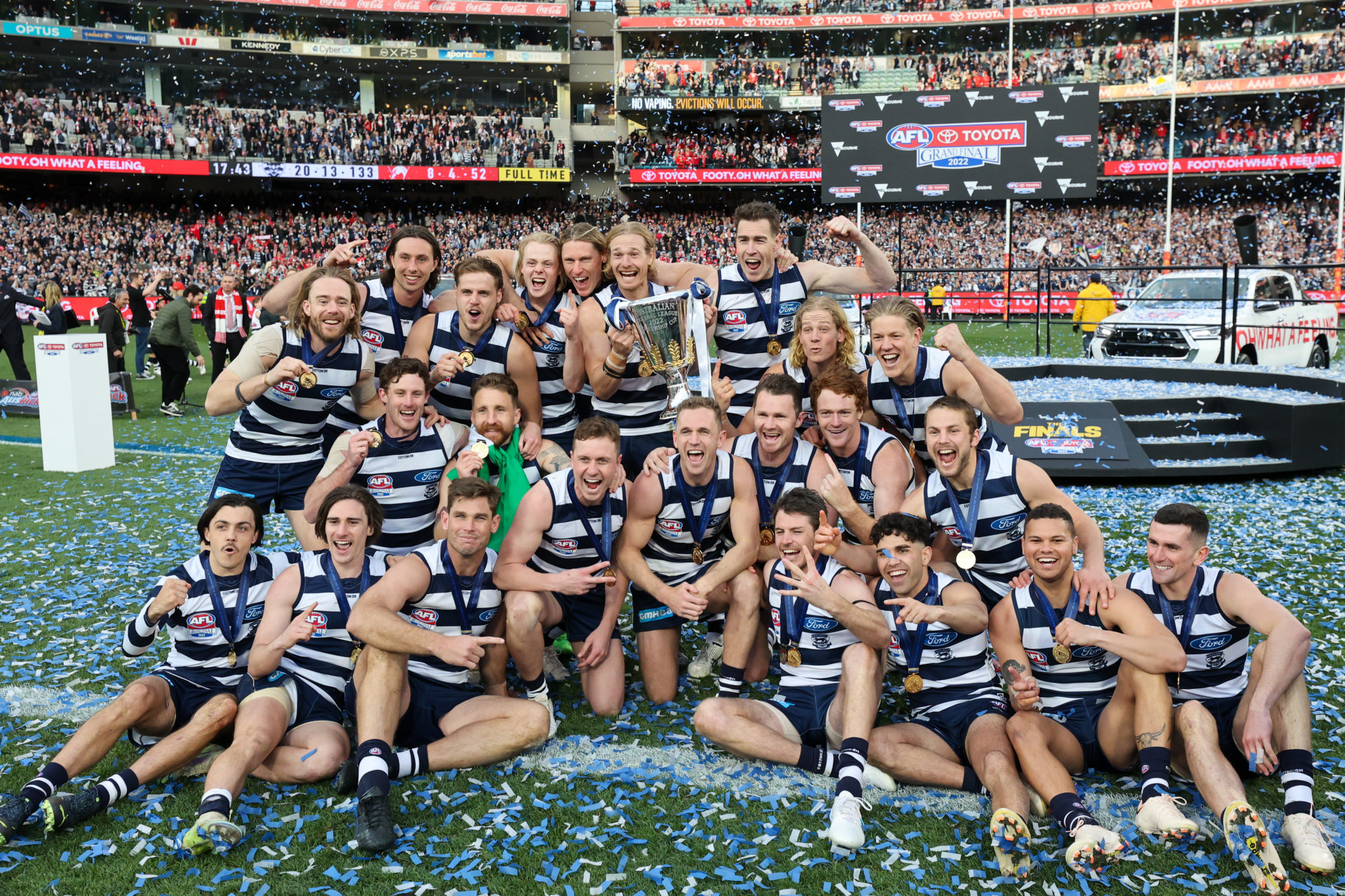 GEELONG’S dual premiership coach Chris Scott did not intend to prove the rest of the AFL world wrong.

But he did so anyway, admitting the Cats’ resounding grand final win over Sydney defies some of the competition’s logic.

Scott raised the premiership flag in 2011, his first season as coach.

Then, before Saturday’s definitive 81-point triumph over the Swans came five preliminary final defeats and a grand final loss two years ago.

All the while, Scott bucked the widely held AFL wisdom of rebuilding on a platform of youth. Instead, he topped up with seasoned campaigners.

“I don’t think I have ever argued with it,” he said of the youth rebuild, which was considered the go-to model.

“I have stopped listening for long periods, and that has helped me and us.”

Scott was flanked at his post-match media conference by Isaac Smith, at 33, the oldest player to win a Norm Smith medal as best-afield in a grand final.

Smith was among a Geelong grand final side that was the oldest, on average, ever fielded in the AFL – 10 premiership Cats were 30 or older.

“We fully recognise that we have taken a contrarian view around list rebuilds and list management in general and our attitude towards fossils like the bloke next to me,” Scott said, nodding to Smith.

“But it does feel like it has been a really long, challenging road.

“We have been consistent.

“But it feels as if it’s been a bit of a cruel game because we have done everything we can to give all our people a chance.

“And with that comes great emotional risk if you don’t get it done at the end of the season.”

In the moment of triumph, Scott was reluctant to ponder the past.

But one old adage rang true for the victorious coach: do not take a player under an injury cloud into a grand final.

Scott described the decision to not play young winger Max Holmes, who strained a hamstring in the preliminary final, as “just brutal”.

“We just couldn’t take the risk and put the rest of the team in jeopardy, so poor Max, I just feel desperately (for),” Scott said.

Conversely, the humiliated Swans took a punt on Sam Reid and selected the key forward who was struggling all week with a groin injury.

Reid was ineffective, subbed out early in the third quarter when he had recorded only four handballs, with Swans coach John Longmire admitting “we made a mistake” in fielding the forward.