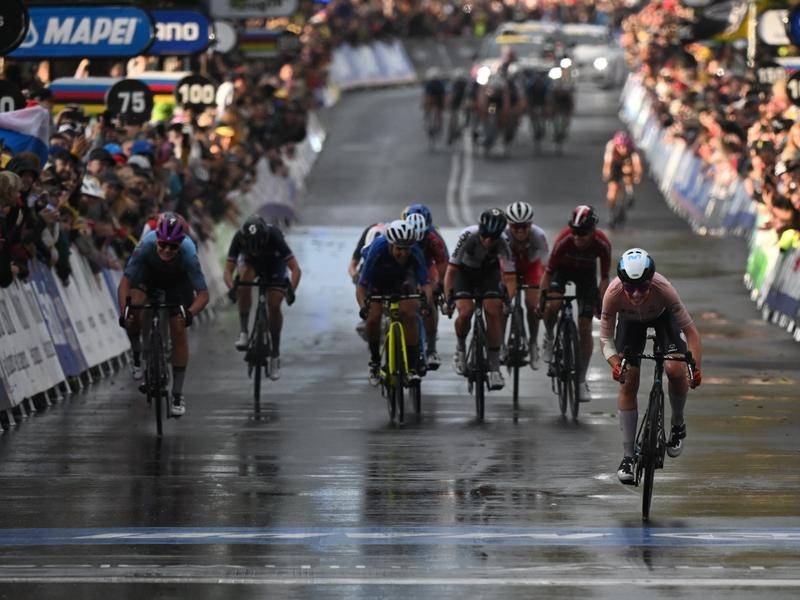 Injured Dutch cycling legend Annemiek van Vleuten has stunned her rivals to win the women’s road race at the world championships in Wollongong.

She and her teammates were in disbelief at the finish at the remarkable win.

Her second road race title came after van Vleuten crashed in Wednesday’s mixed team relay at the worlds and suffered an elbow fracture.

It adds to van Vleuten’s legend as one of the toughest riders in world cycling.

No Australians were at the front at the finish, with Alex Manly the highest- placed home rider at 15th, 13 seconds off the pace.

A Dutch woman has finished on the women’s elite road race podium in all but three of the last 20 worlds.