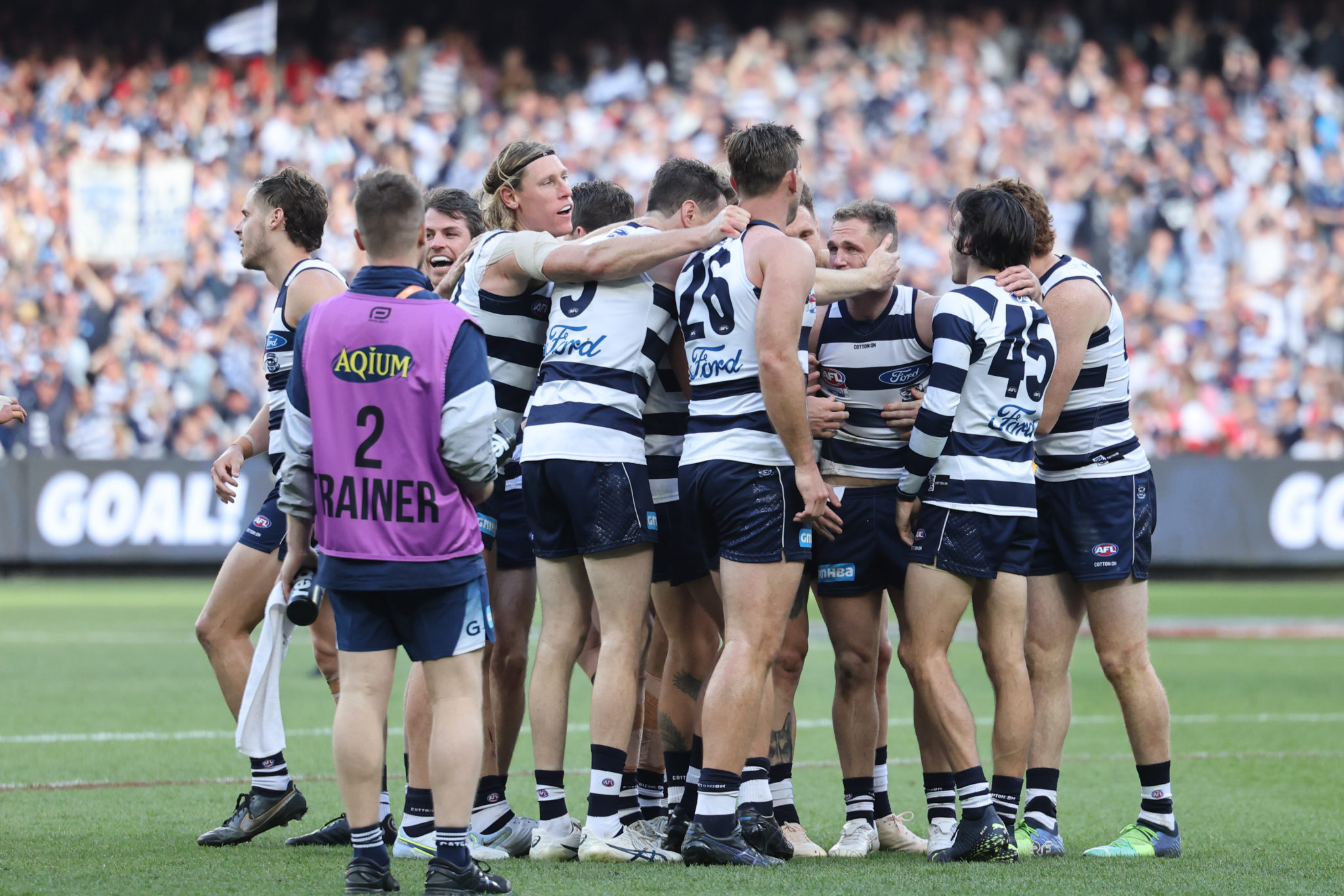 After leading Sydney by 36 points at half-time, the Cats banged on four quick goals to extend the margin to 59 points, which had the skipper casting his memory back to his first flag as a 19-year-old.

“We probably had it won before then,” Selwood told K rock Football post-game.

“But, I did think back to ’07 and just remembered … to be honest, you play the games out because you remember the last bits of the game.

They just set this tone they’ve been playing all year.

“It would have been good to watch.”

Selwood was able to get in on the festivities, kicking a goal at the 25-minute mark of the last quarter, after which every teammate swamped their leader.