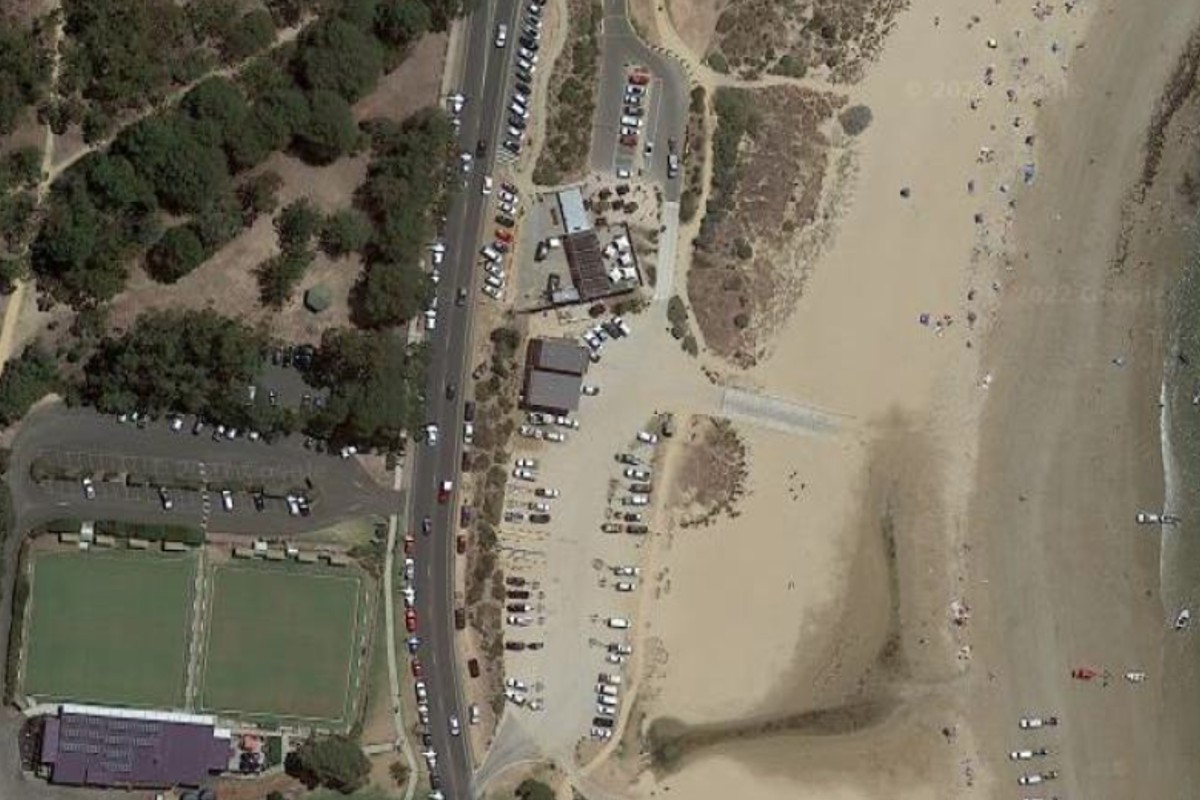 Social media has erupted after plans to restrict access to a large portion of beachfront parking.

The Great Ocean Road Coast & Parks Authority (GORCAPA) has released two car park proposals, and are after the community’s feedback on overall design as well as specific design elements.

Concern on a social media post centres around the restricting the larger portion of the carpark for vehicles with boat trailers only.

GORCAPA says of the two proposals, both will split the site in to two separate car parks and restrict access to increase safety

“Option 1:  A clockwise circular flow and 45 degree angle parking allows for approximately 27 car and trailer parks in the larger area and 13 parks in the smaller area, plus three DDA parks. The design also separates the vehicle queue from the area where vehicles are manoeuvring to park and allows for additional landscaping. For safety reasons Option 1 uses reverse parking.” 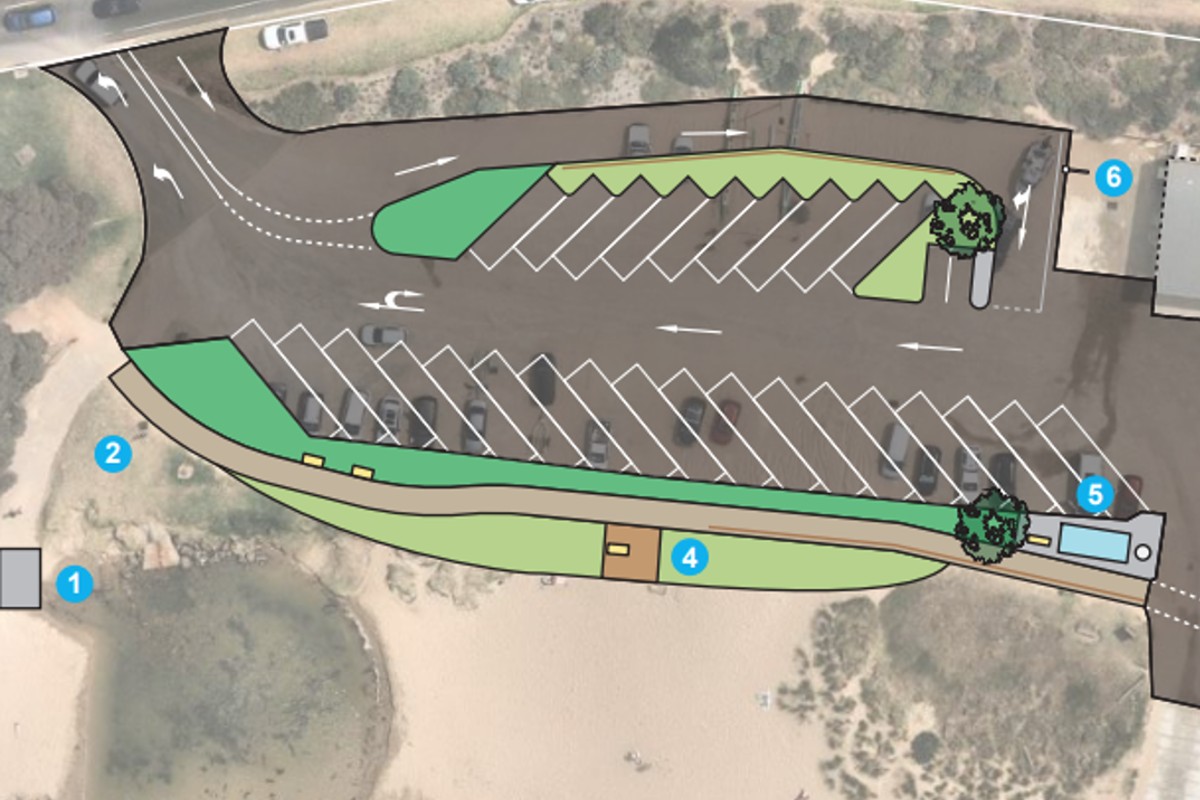 “Option 2: A linear flow  with car parks at 90 degrees (similar to the current layout), allows for slightly more parks, with approximately 30 car and trailer parks in the larger area and 13 parks in the smaller area, plus three DDA parks. However, manoeuvring will be more difficult as  there is no separation between vehicle queues and parking vehicles, and additional aisle space is required for larger vehicles.” 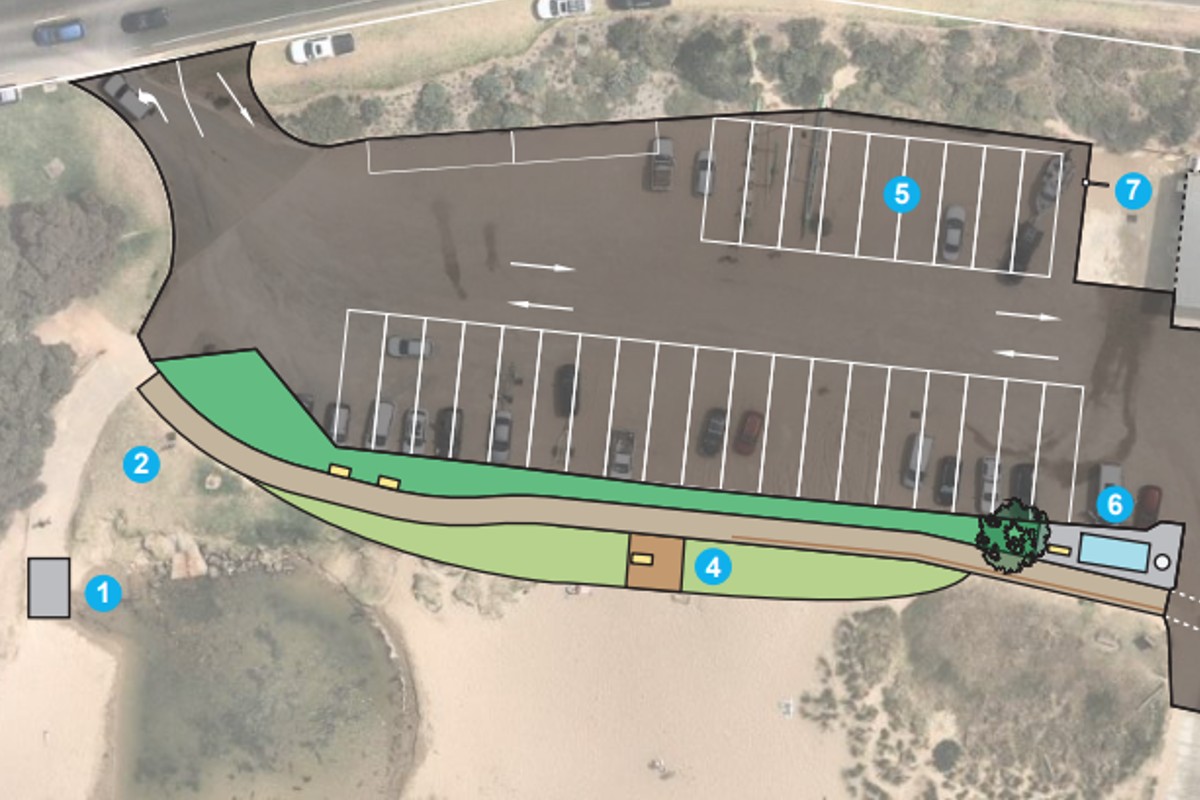 Consultation closes on October 21, with a major sticking point for locals being the main car parking area on the south side

Some comments on social media were opposed to changes

Ameli said “So during the week, not during school holidays, when almost nobody is out there on a boat, I can’t park there to go to the SaltyDog or the beach with my kiddos? Empty carparks – it’s what everyone needs!”

Shayna said “There are plenty of people with chronic illnesses or injuries who need easy access to the beach, and who don’t have a disability sticker. This is the only easy car park to get to the beach in Torquay. Everywhere else you need to go up and down hills. It’s really inappropriate to make it for people with trailers only”

While others supported making the south-section for vehicles with boat trailers only.

Beau said “Good. Should only be used for actual fishermen at fishermans beach. Dog walkers and ordinary folk have plenty of parking space elsewhere.”

Read more about the proposed designs, and have your say by heading to the GORCAPA website