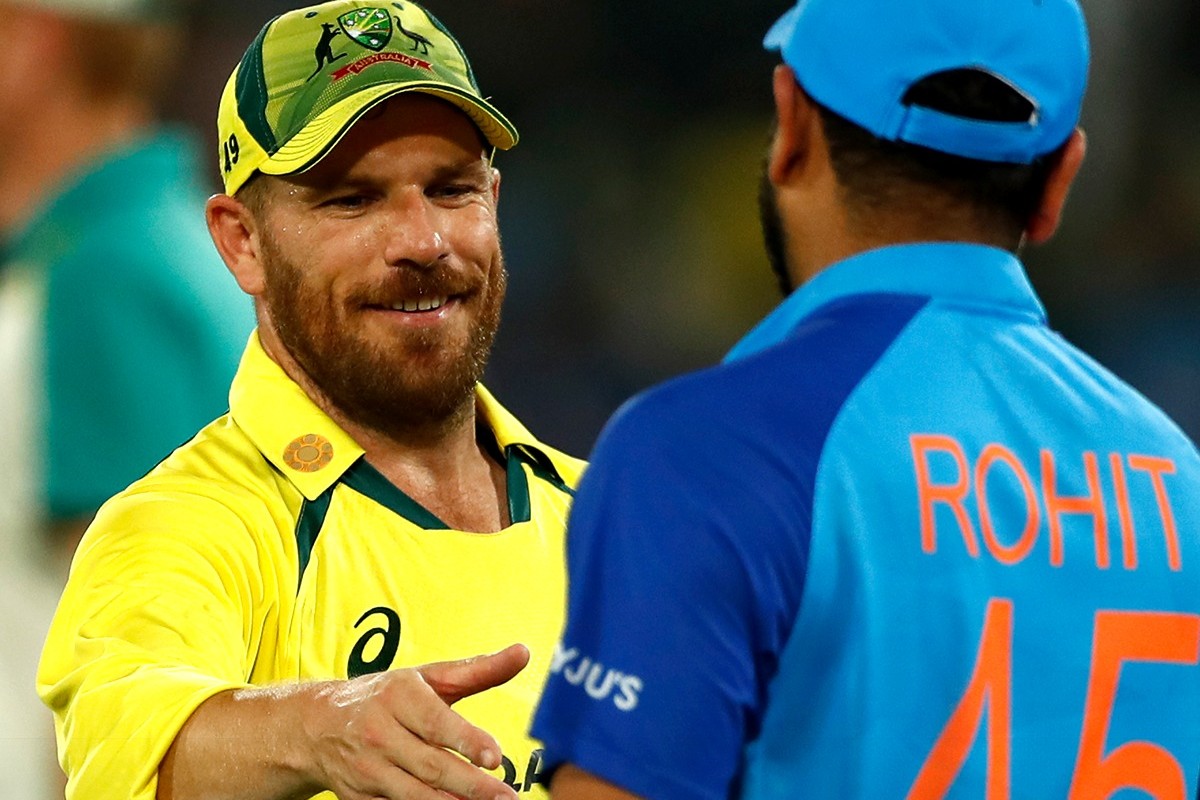 Virat Kohli and Suryakumar Yadav scored sublime half-centuries to give India a six-wicket win over Australia in the third and final T20I in Hyderabad.

Quickfire innings from opener Cameron Green (52 off 21 balls) and Tim David (54 off 27) set up a score of 7-186 for Australia on Sunday after they lost the toss.

India, the world No.1-ranked side, lost their openers inside the first four overs, but a third-wicket stand of 104 between Kohli (63 off 48) and Suryakumar Yadav (69 off 36) gave them the initiative.

Needing 11 off the final over, bowled by Daniel Sams (2-33 off 2.5 overs), Kohli blasted a six over long on but was caught at extra cover off the next delivery.

Only one came off the next two balls but Hardik Pandya (25 not out off 16) edged the fifth delivery outside off stump to the boundary to secure the win.

Kohli middled the ball well from the start of his innings, producing a couple of sumptuous cover driven boundaries.

He then took a back seat as Yadav bullied the Australia attack, smashing five fours and five sixes.

Yadav played shots around the wicket, bringing up his half century with a wristy six over long on off Zampa and blasting another maximum over cover of the spinner’s next delivery.

Green, who also impressed with the ball, conceding just 14 from his three overs, stuck seven fours and three sixes, two of them off successive deliveries from Jasprit Bumrah.

He dominated the early stages of the Australian innings, scoring all but 10 of their runs before he was dismissed off the final ball off the fifth over.

However, he was the only one of Australia’s top four to reach double figures with Aaron Finch (7), Glenn Maxwell (6) Steve Smith (9) all falling cheaply as the visitors slipped to 4-84 in the 10th over.

David provided much needed momentum in the later overs, combining with Sams (28 not out off 20) for a seventh wicket stand of 68, after Australia slumped to 6-117.

They took 39 off the 18th and 19th overs with David, who made his Australia debut in the series opener, underlining his power hitting credentials with four sixes in his innings.

Sams had KL Rahul caught behind off a skier and took a catch at deep square leg off Pat Cummins to dismiss Rohit Sharma.

India pulled back the run rate following Green’s dismissal and Australia scored just 24 in the next five overs.

Left arm spinner Axar Patel (3-33) was again Australia’s nemesis, finishing the series with eight wickets at an average of 7.87 and economy rate of 6.30.

He struck twice in the 14th over, having Josh Inglis (24 off 22) caught at backward point and then taking a smart low return catch to dismiss in-form Matthew Wade for just a single.

Leg spinner Yuzvendra Chahal (1-22 off 4) also did good job of putting the brakes on Australia before David and Sams lifted the tempo.

Australia will play two T20I matches in early October against the West Indies, on the Gold Coast and in Brisbane, prior to the World Cup later that month.