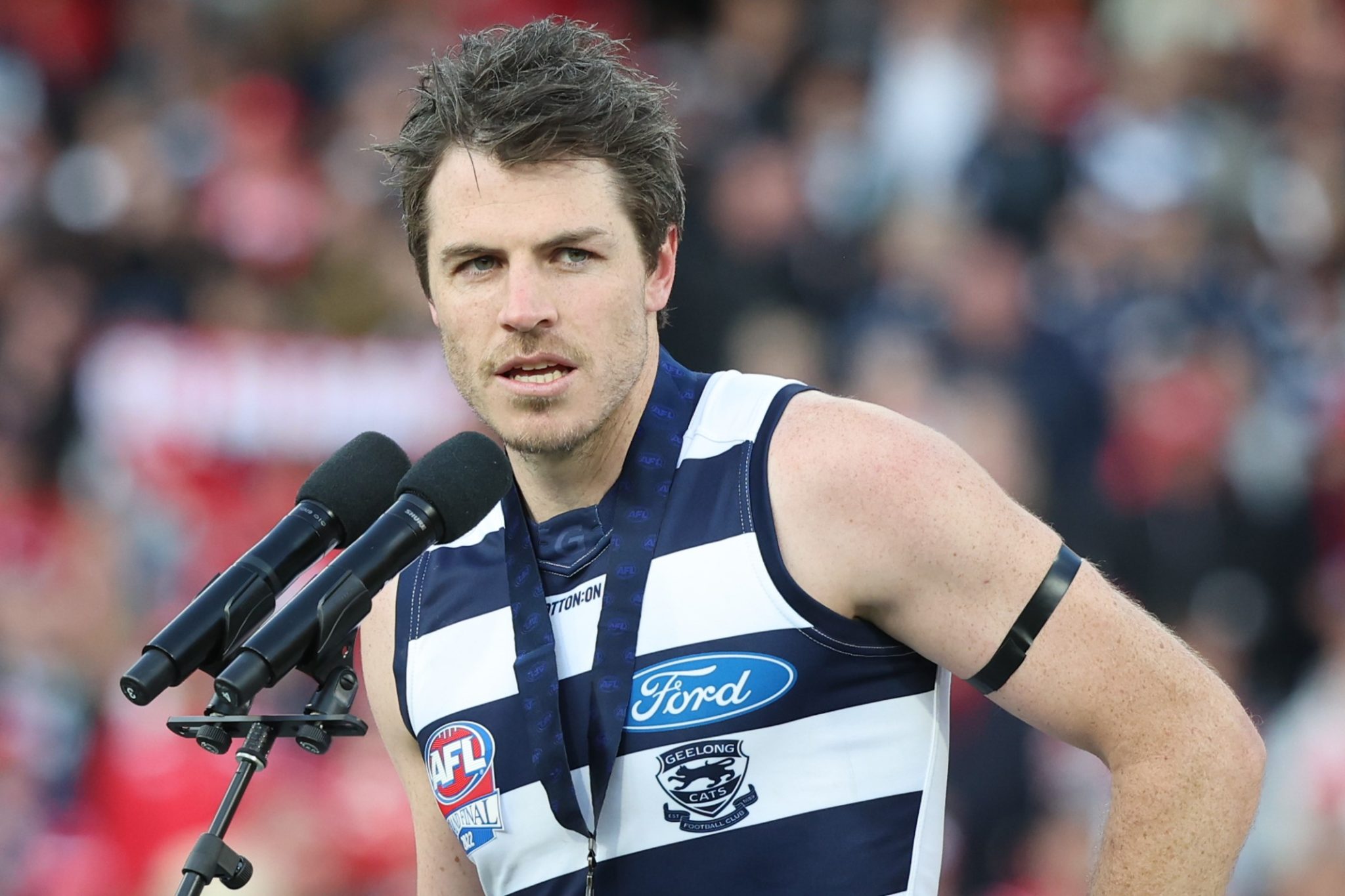 GEELONG’S Isaac Smith has emerged from the passing of his beloved grandfather and getting stuck in a lift pre-game to become the oldest winner of the AFL’s coveted Norm Smith medal.

The 33-year-old Smith claimed the gong for best-afield in the Cats’ 81-point grand final hammering of Sydney on Saturday.

The previous oldest medallist was Richmond’s Kevin Bartlett, who was 32 when best-on-ground in the Tigers’ 1980 premiership.

The build-up to his fourth flag – to go with three won at Hawthorn – included the death of his grandfather, who Smith spent time with in Albury in NSW after last week’s preliminary final, on Wednesday night.

“I made a mad dash to Albury and spent 24 hours with him,” he said.

“And I will be forever grateful that he was still mentally there, and we had a great 24 hours together, although it was very upsetting.”

On grand final morning, Smith became stuck in a lift at the team hotel.

“The only time I got nerves this year was I got stuck in the lift for 15 minutes at the hotel this morning,” he said.

“It certainly doesn’t fit comfortably with me. I feel a little bit silly and a bit awkward because these things don’t happen to me,” he said.

“We have got a star-studded side and blokes that have huge lists of personal accolades.

“But I was fortunate enough today to win it, and I am sure I will sit back in a few years’ time with a nice bottle of Grange or something and think about it.”

Smith moved to the Cats as a free agent, at the behest of coach Chris Scott, after playing 210 games for the Hawks between 2011 and 2020.

“I owe Isaac to an extent because I would completely understand if he didn’t buy what we were selling a couple of years ago,” Scott said.

“It was easy to listen more to the people on the outside who thought that our time was over.”