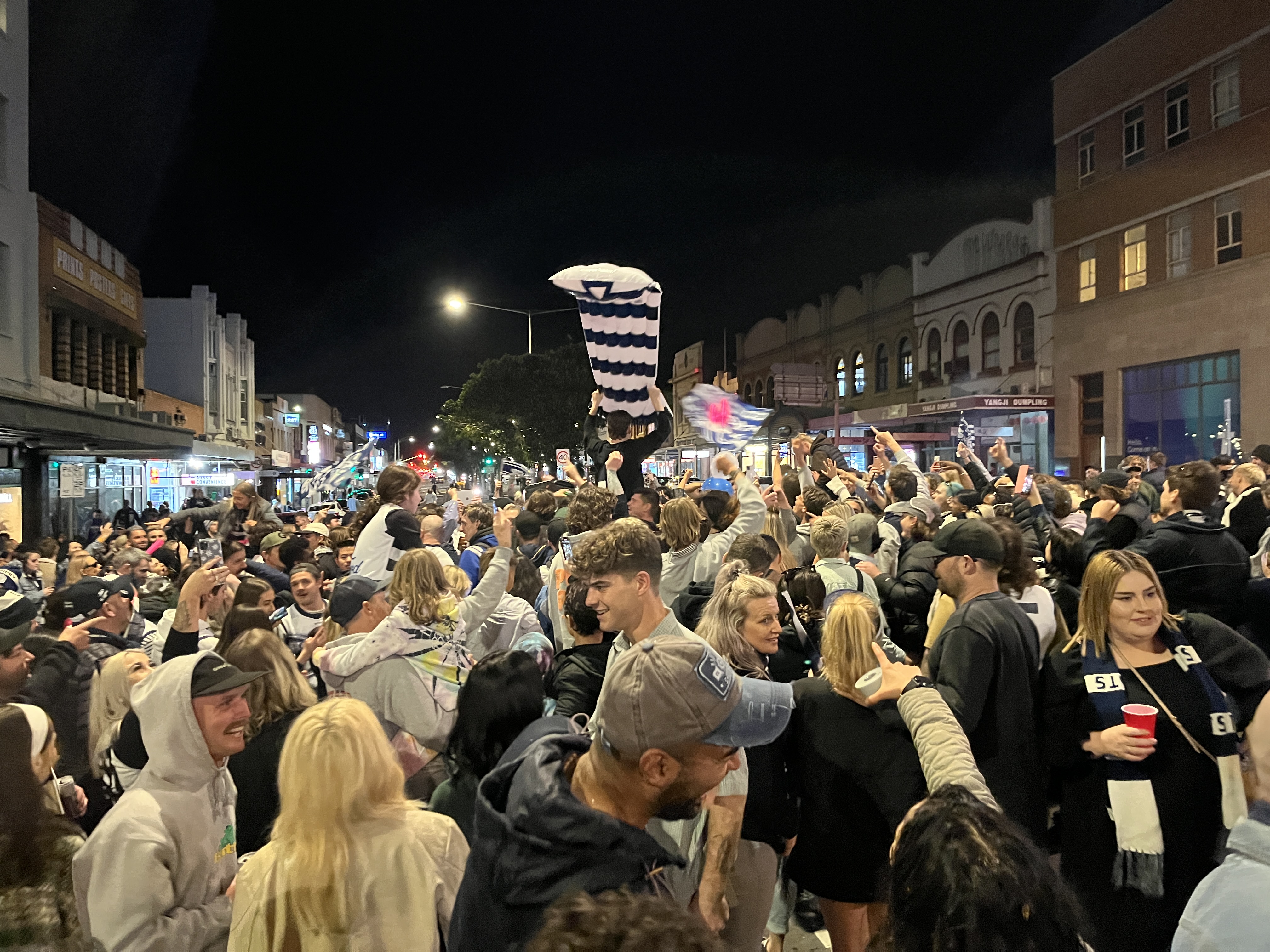 Moorabool Street will have the temporary name change, ahead of the Street Parade on Tuesday which will see a number of streets closed.

Hundreds of fans packed onto the street on Saturday night after the Cats reigned supreme, with celebrations, singing and fireworks continuing into the night.

“This is a fantastic opportunity for fans to congratulations coach Chris Scott, all the players, their families and support staff,” the Mayor said.

“The City of Greater Geelong is thrilled to host this street parade and I encourage everyone to come into the city on Tuesday.”

“The Cats have been so good for so long, so this victory is a fitting reward for the years of hard work and determination. Our dreams have finally come true, and we’re thrilled to dust off the Premiership Way sign again,” Cr Nelson said.

“Geelong has really bounced back from two challenging years and footy is the sport that brings our whole town together.

“The street parade is a day for the fans but it’s also going to be so important to local businesses across Geelong.”