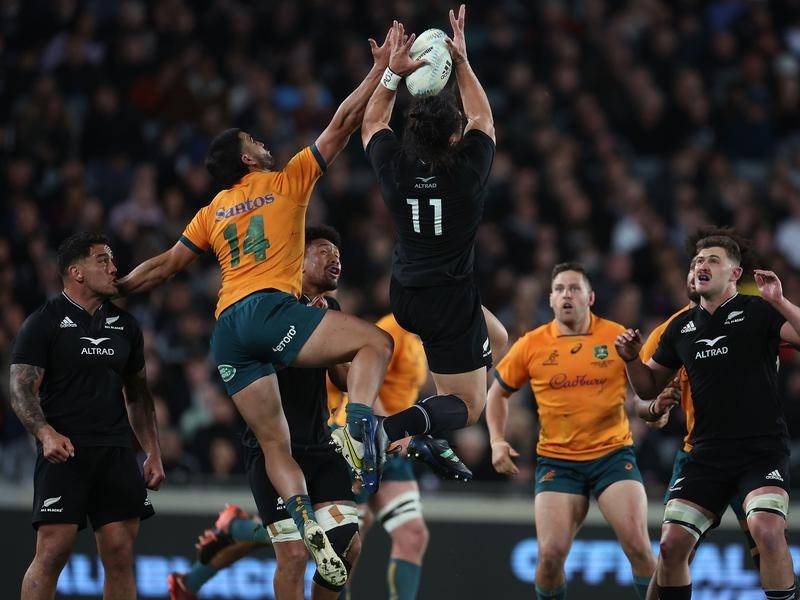 The All Blacks have mauled Australia to put one hand on the Rugby Championship, belting an ill-disciplined Wallabies 40-14 in Auckland.

With the Bledisloe Cup already in the bag, Ian Foster’s side made mincemeat of the visitors at Eden Park, threatening a record-breaking defeat at 32-0 with 20 minutes to play.

Late Folau Fainga’a and Jordan Petaia tries spared those blushes, though rarely in their 22 years of Eden Park pain have Australia been further away from victory.

Will Jordan, Sam Whitelock, Codie Taylor and Samisoni Taukei’aho touched down for New Zealand, with a first-half penalty try underscoring the Wallabies’ lack of composure in the Auckland cauldron.

After pleading for discipline from his side, Australia coach Dave Rennie must have fumed to have one of his forwards in the bin after just 124 seconds.

The All Blacks have eased to a 40-14 Rugby Championship victory over Australia at Eden Park. (Marty Melville/AAP PHOTOS)