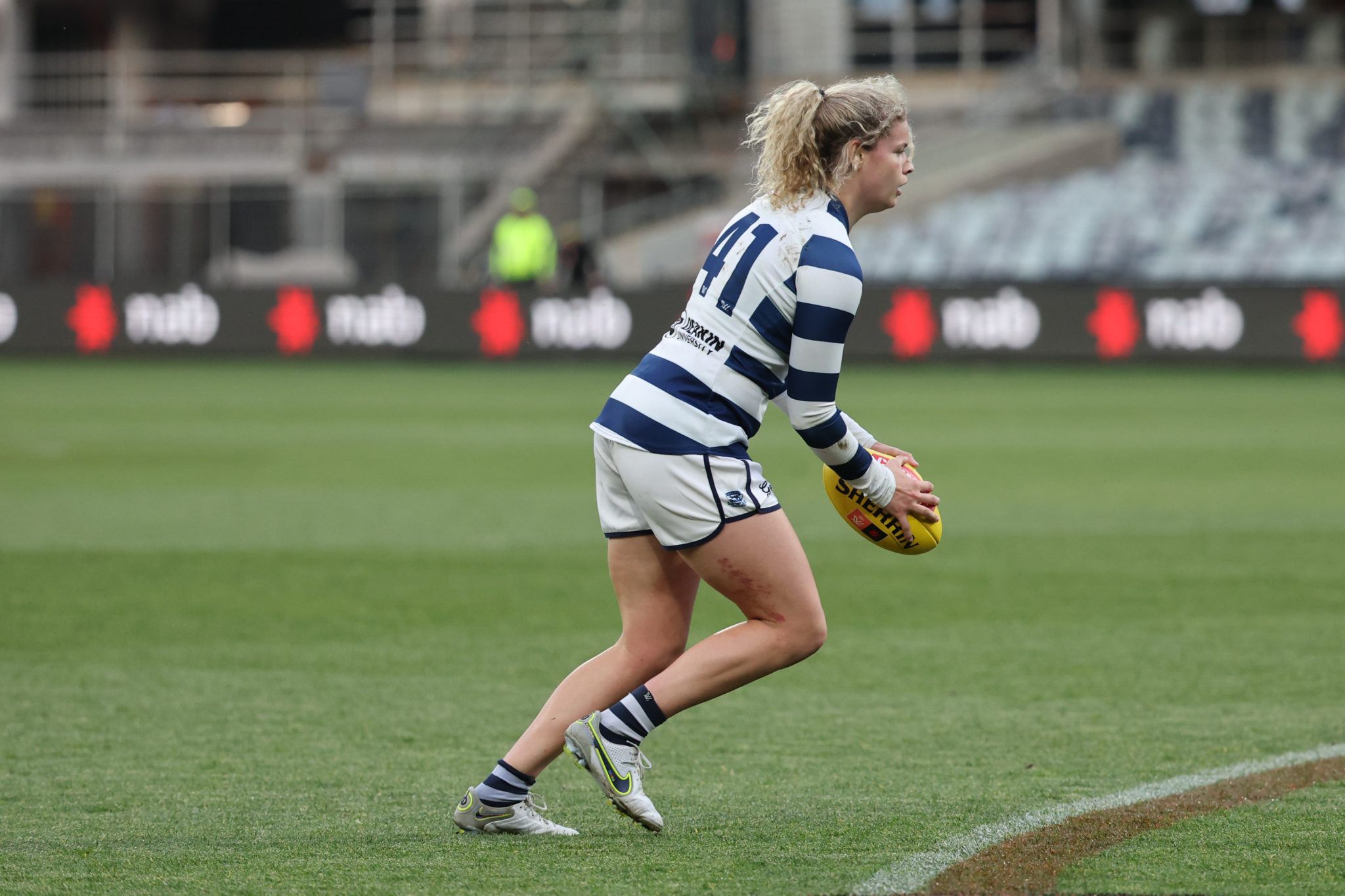 GEELONG’S push for a second AFLW finals berth has suffered a blow after Georgie Prespakis was offered a two-match ban for an incident in last week’s record win over St Kilda.

The star midfielder, who would have also been in contention for the AFLW best-and-fairest, has been charged over a third-quarter tackle on Saint Erin McKinnon.

It was assessed as careless conduct, high impact and high contact.

If Geelong accepts the ban, Prespakis will miss crucial clashes against the Western Bulldogs in Ballarat and Essendon in Warrnambool.

The Cats have made their best-ever start to an AFLW season, highlighted by the 50-point win over St Kilda in which they kicked their highest – 11.5 (71) – since entering the competition.