Tensions boil over after Mankad victory 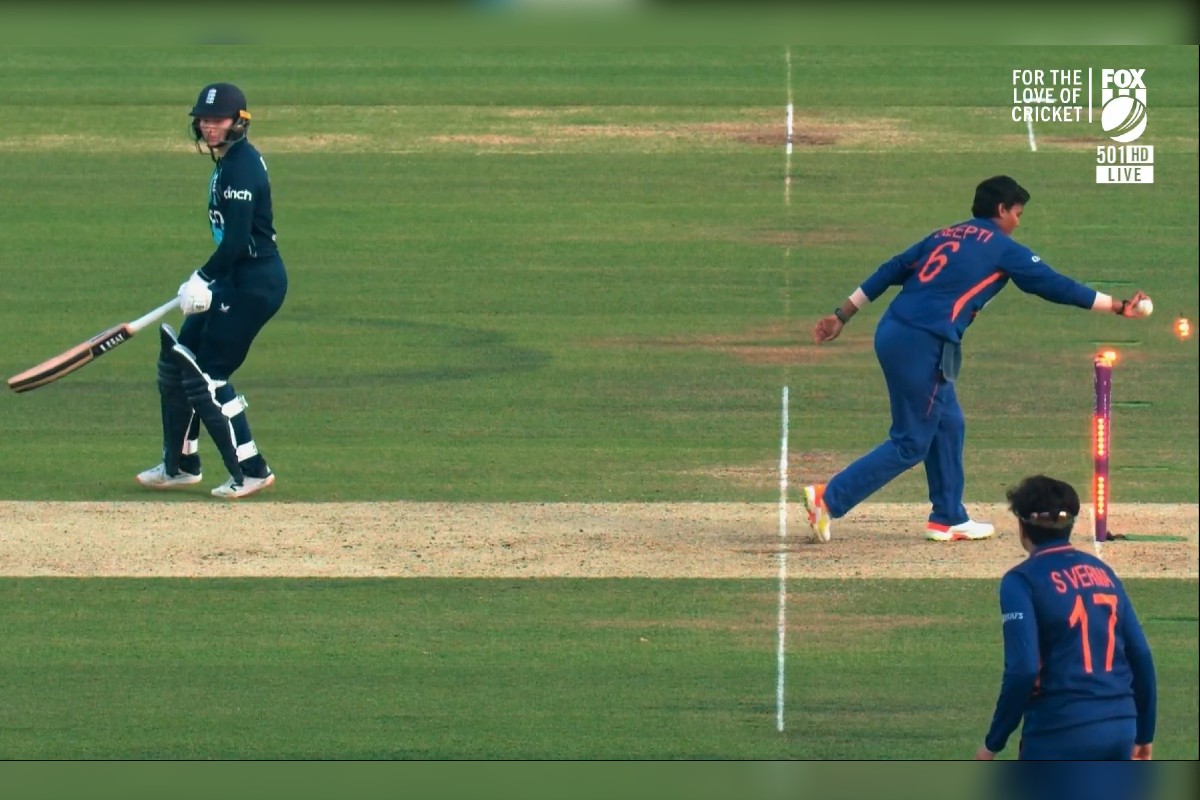 The captain of the English Womens Cricket team has accused an opponent of lying, after the third game in the ODI series between England and India ended with one of the rarest modes of dismissals

England were on track for it’s first win of the series, needing just 17 runs with 39 balls remaining, when Charlie Dean was on 47 at the non-striker’s end.

As Indian spinner Deepti Sharma came in to bowl, Dean enthusiastically backed up before Deepti had released the ball.

Deepti had time to pull up, turn around, and remove the bails before Dean even noticed, with the batter adjudged ‘run out’ two metres out of her crease.

Deepti said Monday that India had repeatedly warned Dean for stealing ground by backing up, and was adamant they had done nothing wrong.

“That was our plan because she was repeatedly doing it and we had warned them too,” Deepti said, speaking with media on arriving back home in Kolkata

England Captain Heather Knight, who wasn’t playing in the game, took to Twitter to respond to a tweet about the incident

1/2 The game is over, Charlie was dismissed legitimately. India were deserved winners of the match and the series. But no warnings were given. They don’t need to be given, so it hasn’t made the dismissal any less legitimate… https://t.co/TOTdJ3HgJe

One cricket reporter claimed Dean left her crease early 73 times, accounting to around 85% of the time.

Recent changes to the laws of cricket have removed the need for a bowler to give warning to a batter for leaving the crease before a ball’s been bowled, with the MCC further clarifying the laws in a statement after the game

“MCC’s message to non-strikers continues to be to remain in their ground until they have seen the ball leave the bowler’s hand,” it said in a statement.

“Then dismissals, such as the one seen yesterday, cannot happen.”

“Whilst yesterday was indeed an unusual end to an exciting match, it was properly officiated and should not be considered as anything more.”