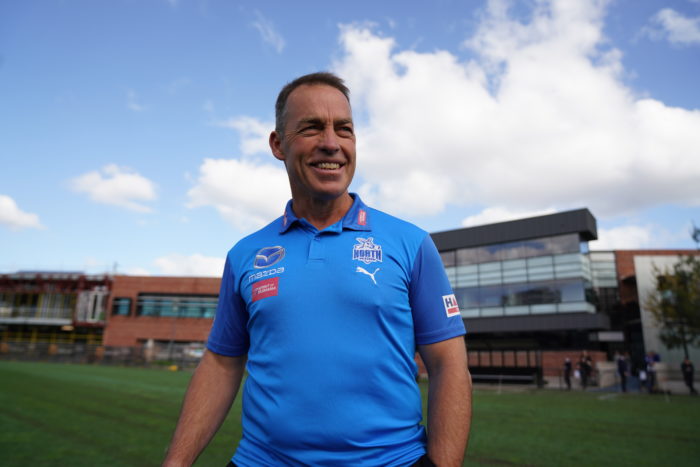 A high profile AFL journalist has slammed the league’s investigation into the Hawthorn racism claims.

Caroline Wilson says the AFL has “lost control”, claiming one of the reasons alleged victims don’t trust the league is because of Andrew Newbold.

Geelong Broadcasters does not suggest allegations are true and accurate, but notes investigations are being made.

“As we sit here tonight, the aggrieved families who gave evidence … were still not over the line as agreeing to the (investigation) process. They all week have been saying they want an independent judicial inquiry,” Wilson said

“That’s why it’s such a mess – these people gave their evidence (and) are unwilling to do so in an environment they don’t trust.

“One of the reasons they don’t trust the AFL is because of Andrew Newbold. The AFL has to be conflicted when investigating one of their own so it is a mess. I’ve never seen a situation where the AFL itself has lost control of the process.”

Wilson went on to say even if the allegations were “20 percent true”, she believes ex-Hawthorn coach Alastair Clarkson would never coach again

“If they are proven to be 100 percent wrong, then Alastair Clarkson has had his reputation completely smeared,” she added.