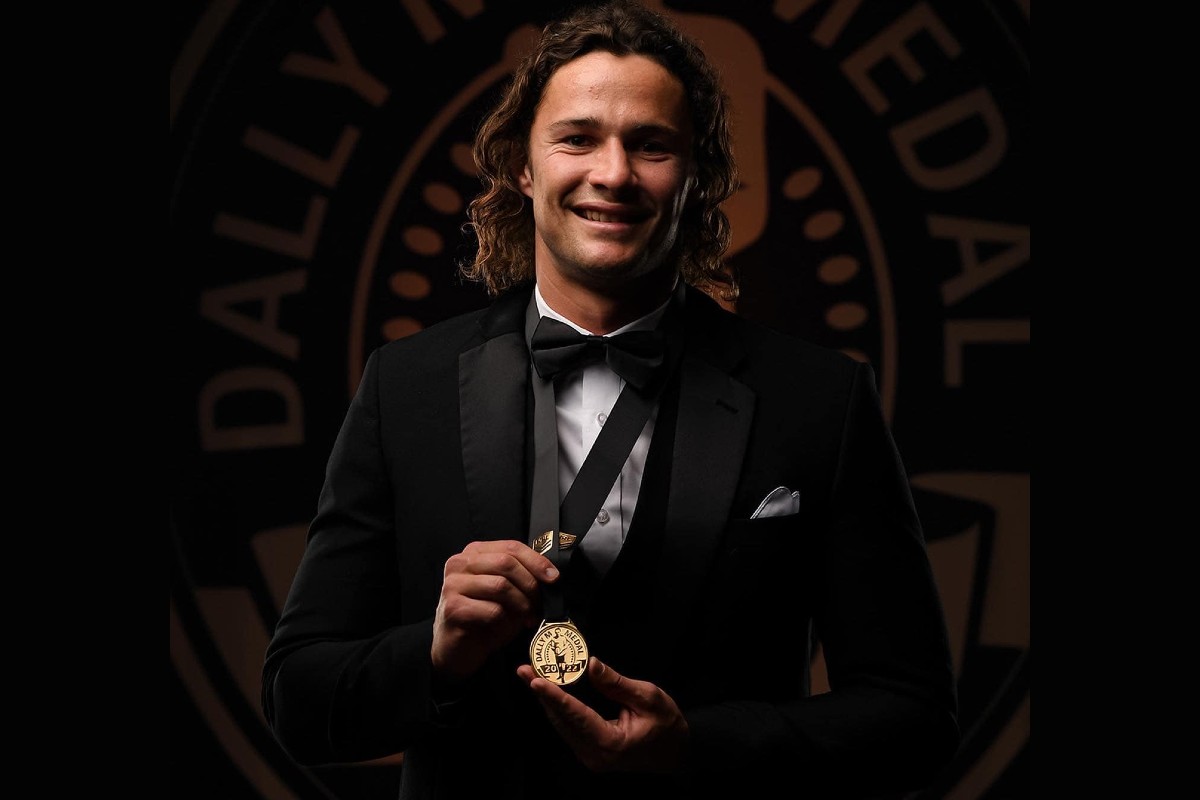 Hynes finished with 38 votes in the league’s Best and Fairest award count, ahead of Rooster James Tedesco (33) and Dragon Ben Hunt (32).

The former Storm moved north to join the Sharks ahead of the 2022 season and switched from being a utility player off the bench to a halfback.

Hynes led the Sharks to a second-place finish at the end of the home-and-away season – but Cronulla would bow out in straight sets.

“I can’t believe it, to be honest, I came here not confident one bit, I thought Benny Hunt was taking it out for sure,” Hynes said after accepting the medal.

“I just came here tonight extremely grateful to be here, surrounded by great players and five years ago I was sitting at home watching this and only dreaming about being here.

“Honestly I was just coming here tonight expecting to catch up with some old friends.”