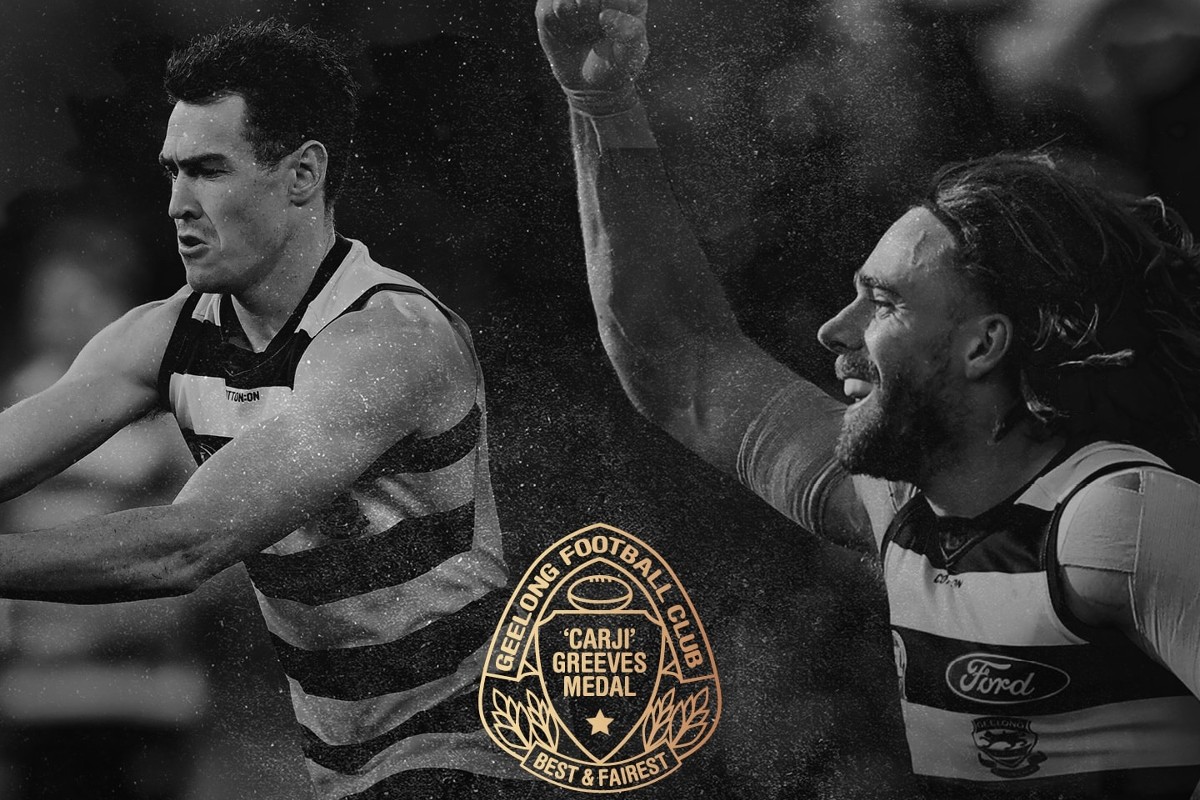 FOR just the third time in its history, Geelong’s best-and-fairest – the ‘Carji’ Greeves Medal – has finished in a tie.

In a thrilling count at Crown Palladium in Melbourne, star forward Jeremy Cameron and hard-working midfielder Cam Guthrie have finished locked on 113 votes.

It’s the first tie in the award since Corey Enright and Gary Ablett couldn’t be split in 2009 – also a premiership year for the Cats.

For Cameron, it caps a stunning season in which he put the hamstring issues of 2021 behind him to kick 65 goals from 24 games.

He also earned his third All-Australian blazer and finished as Geelong’s leading vote-getter in the Brownlow Medal, polling 19 votes to finish in a tie for eighth.

Cameron is now a best-and-fairest winner at two clubs after taking out the Kevin Sheedy Medal with the GWS Giants in 2013.

Guthrie, who also won the award in 2020, becomes the 26th multiple-winner of the award.

He was one of only five Cats to feature in all 25 games on the road to the flag and averaged a team-high 24.5 disposals.

As well as being Geelong’s biggest ball-winner, he finished the year equal first for clearances with retiring captain Joel Selwood and was second for tackles and Brownlow Medal votes at the Cats.

In other awards, Tom Atkins, who finished sixth in the medal count, was named the Tom Harley Best Clubman.

After a breakout season in the Cats’ defence, Sam De Koning finished ninth and claimed the Best Young Player gong.

After winning the Jim Stynes Community Leadership Award on Brownlow Medal night, Selwood has been honoured with his third Carter Family Community Champion.

For the first time, the Little Vic award was presented in honour of long-serving volunteer and club icon Vic Fuller, who died suddenly at the club in early 2021.

Presented to the best first-year player in the VFL, it was won by Ben Lloyd, who finished fourth in Geelong’s best-and-fairest voting.

After each game, the senior and assistant coaches review and rate each player’s performance out of 10. Votes are polled in games where a player’s performance has been deemed of a high quality by the coaching group. Unlike previous seasons, all matches are counted towards their final total.