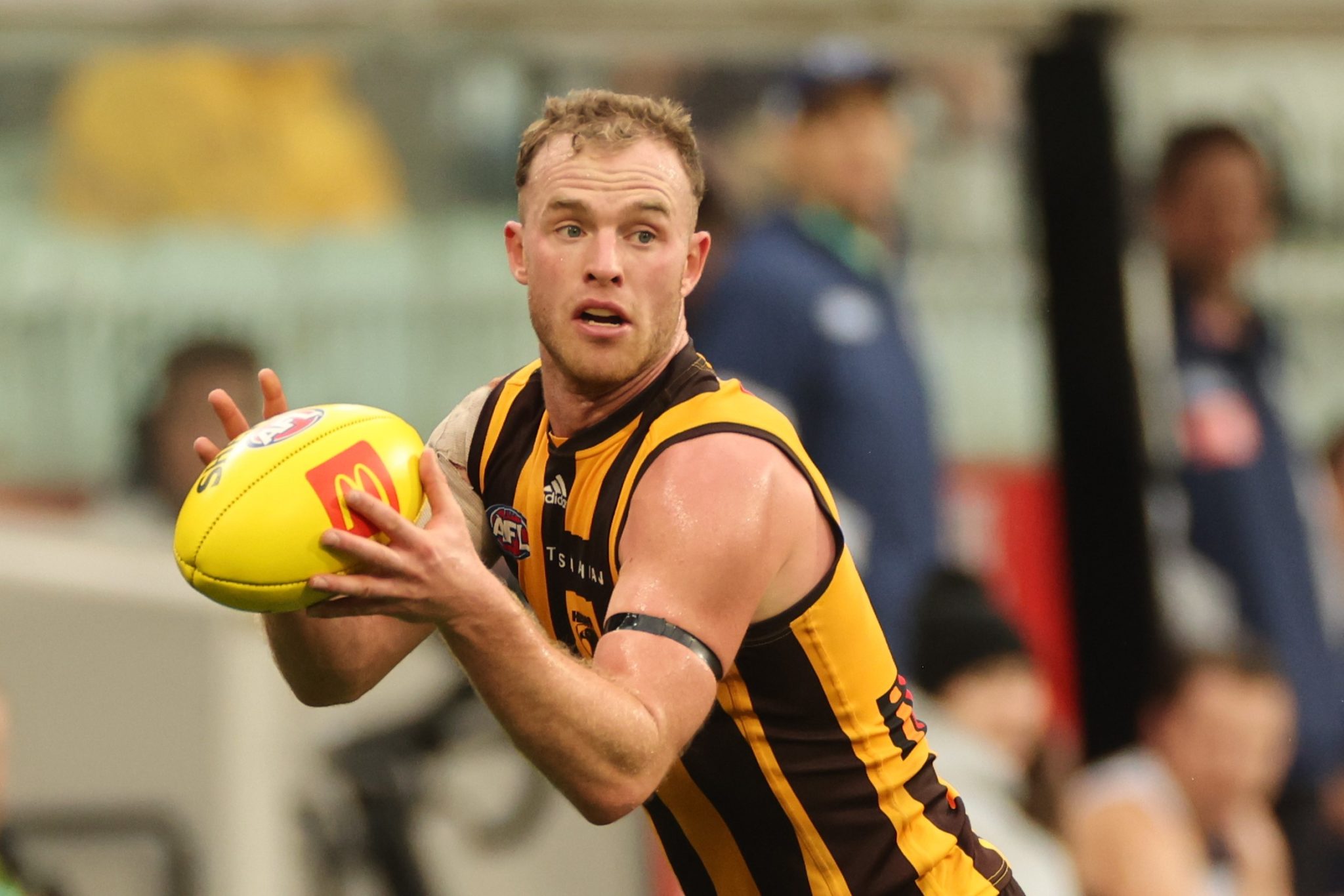 The frenetic end to the AFL trade period underscored Hawthorn’s intentions as Sam Mitchell prepares for his second season as coach.

As Brownlow Medallist Tom Mitchell left for Collingwood and fellow star onballer Jaeger O’Meara went to Fremantle in last-minute trades, the Hawks showed their commitment to a thorough list rebuild.

Under Alastair Clarkson, Mitchell and O’Meara were brought to Hawthorn in the 2016 trade period to top up their list and stay in the premiership hunt.

Those pre-COVID days are ancient history at Waverley.

Jack Gunston was also traded to Brisbane in the last few days, while fellow premiership players Ben McEvoy and Liam Shiels have retired.

That leaves the coach and Luke Breust as the only remnants of their 2015 premiership team at Hawthorn.