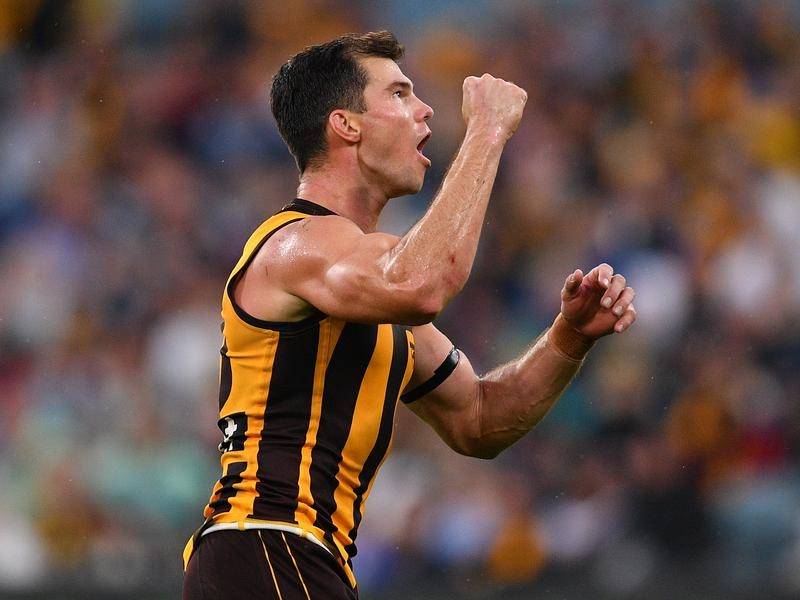 Fremantle recruit Jaeger O’Meara has revealed a tough conversation with Hawthorn coach Sam Mitchell was the tipping point in his decision to pursue an AFL trade move.

The 28-year-old midfielder had a year to run on his contract with the Hawks and was content to see out the commitment.

But his mind was made up after consulting Mitchell during a whirlwind finish to the trade period.

“The discussions with Sam were, ‘This can potentially work for both parties if you’d like to explore it’,” O’Meara told reporters on Thursday.

“But then he also said, ‘If you do decide not to go down this track, you’re going to be welcomed with open arms if you do want to come back’.

“I guess for me, him not begging me to stay probably paints a little picture of where I was at and where I fit into that team, so I felt like that was a good sign that I should explore this option.”

O’Meara attracted interest from GWS and considered taking up an offer that would have united him with close friend Stephen Coniglio.

But a move to Fremantle – and his home state of Western Australia – was ultimately more appealing.

O’Meara had just 48 hours to decide once the options were tabled and admitted he got emotional when the trade was confirmed in the final few minutes before Wednesday’s deadline.

“There was a lot of excitement about that but also I’ll tell you I cried a little bit because you’re leaving so many good people behind and it came really abruptly for me,” O’Meara said.

“You don’t really get to say goodbye to all those people. I’m sure over the next couple months that I’ll be able to do that.

“I’ve got a lot of close friends inside and outside of footy in Melbourne that I have to say goodbye to, so it’s been a little bit bittersweet for me.”

O’Meara has carved out a career as a midfielder and sees himself spending time at half-forward while adding to the Dockers’ mix in the engine room.

He is excited about what Fremantle are capable of after this year’s breakthrough finals appearance under Justin Longmuir.

“I think they’ve got a really good crack over the next couple of years at a premiership,” O’Meara said.

“I’ve played for 11 years and I’ve played in one final. I missed one with an injury, so I’m really eager to play finals footy and I think this is the best place to do that.”

Jaeger O’Meara thinks his new club Fremantle have a great premiership chance in the next two years. (James Ross/AAP PHOTOS)