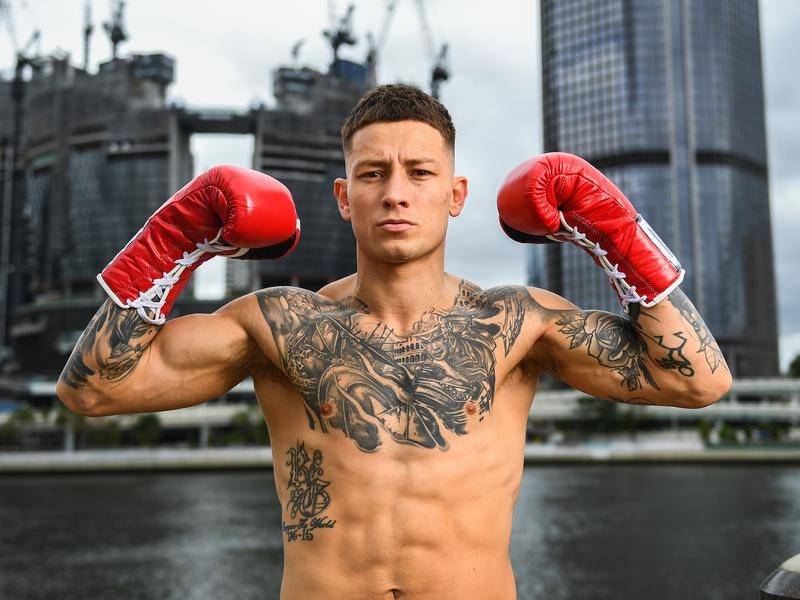 Liam Paro is backing his ability under pressure to make a gamble pay off when he fights Jeff Fenech-trained Brock Jarvis in a clash of unbeaten Australian super lightweights on Saturday.

If the 26-year-old wins at Brisbane’s South Bank Piazza on Saturday night he will likely get a shot at Scotland’s Josh Taylor or American Teofimo Lopez for the WBO world title in his home state of Queensland.

He was in contention for that world title fight without taking on Jarvis for the WBO global super lightweight title, but if he loses he will also lose his world title chance.

“It is (a gamble) but I perform under pressure. I always have. The bigger the task the better I perform,” Paro said on Thursday.

“I am never cocky, always confident. I believe in my ability and we’ve put in all the hard work so there’s nothing to be nervous about.

“This is the time for me to showcase that I am ready for the big names in the division.”

Matchroom Boxing promoter Eddie Hearn said that despite what’s at stake for Paro, it was “smart” of him to accept the fight.

“We want to bring Liam Paro’s world championship shot to Queensland and to do that you’ve got to raise his profile and give someone a storyline,” he said.

“Paro didn’t have to take this fight. He was in line for a world championship shot but he wants a high-profile fight.

“When I signed Brock Jarvis I discovered Jeff Fenech couldn’t speak highly enough of this young man. He is so exciting.

“If he is good enough, and we’ll find out on Saturday night, this kid could be the face of Australian boxing.”

Paro, trained by Alfie Di Carlo, is undefeated in 22 fights and Jarvis has not lost in his 20 bouts. Paro is the more vocal of the two whereas his 24-year-old opponent from Sydney has an understated confidence.

Paro couldn’t resist a sledge when asked about the face-off he had with Jarvis after the official press conference.

“It was bizarre. We were staring at each other for five minutes.

“He said, ‘Do you want to do a stare-off?’ That’s probably what happens when you are a bit dehydrated and struggling with weight.

“He is looking drawn. He is off with the fairies and I can’t wait to put him back in that place on Saturday night.”

Fenech said he was “more than one hundred per cent confident” Jarvis would win.

“I have prepared for many fights in my lifetime and (Jarvis) prepares as good as me or as good as any people I’ve been involved with, and I’ve trained Mike Tyson and a lot of great sports people,” he said.