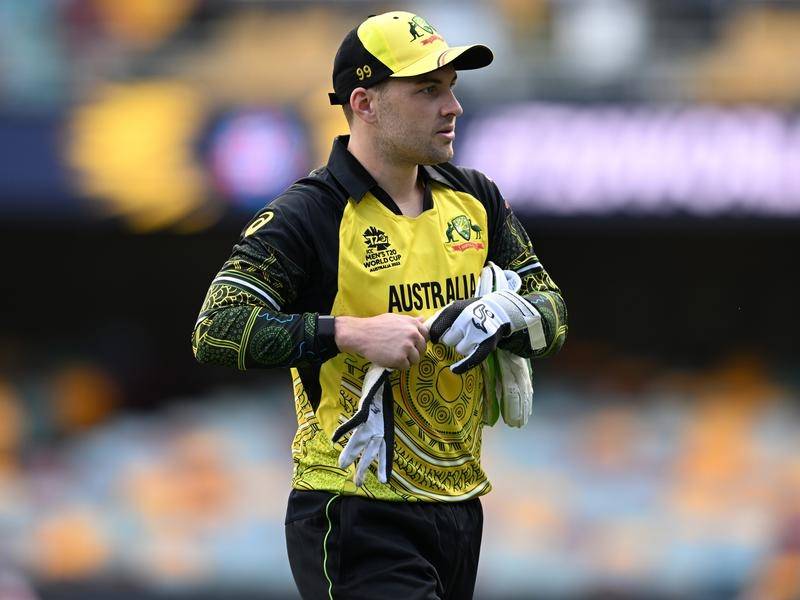 Australia will resist any urge to rush Cameron Green into the team for their Twenty20 World Cup opener against New Zealand, even if he is called into the wider squad to replace Josh Inglis.

A “gutted” Inglis was officially ruled out of the World Cup on Thursday, after the back-up wicketkeeper suffered a freak hand injury while playing golf a day earlier.

Officials were still weighing up who to bring into the squad on Thursday afternoon, and if another back-up keeper was required in case Matthew Wade got hurt.

Green’s non-selection in Australia’s initial T20 squad had loomed as a talking point in the lead-up to the tournament, particularly after he scored runs in India last month.

His scores of 61, five and 52 had even prompted suggestions Australia could find a loophole to bring him in, before more modest returns against England and West Indies.

However coach Andrew McDonald made clear on Thursday that even if Green was called up to the 15-man squad, he would not be in Australia’s first-choice XI.

“If Cameron Green was considered in the starting XI before the tournament started, then he would be in the 15,” McDonald said.

“So there is no way, unless there is another injury, that he would come into the starting XI.

“We are pretty settled with what that looks like.”

At the heart of Australia’s decision is whether they are willing to take a gamble on Wade getting through the tournament unscathed as a sole gloveman.

The fact the tournament is in Australia means officials could bring a player in relatively quickly if Wade was to go down.

However changes to the squad cannot be made on match days, meaning if Wade was to be hurt in a warm-up Australia would have to rely on a part-timer taking the gloves.

McDonald threw up David Warner, Aaron Finch and opening bowler Mitchell Starc as options on Thursday, with the latter a keeper in representative cricket until his mid-teens.

“With our recent injury record you would probably say it is higher than low (risk),” McDonald quipped.

“If you look back over World Cup squad selections there have been plenty of times where Australia have gone in with only one front-line ‘keeper in the squad.

“And that is to give greater flexibility to batting and bowling structures in the team.

“It’s a conversation about how we want to give ourselves the most options, rather than potentially covering the small risk that is there.”

Meanwhile Inglis will remain with the group for the opening weekend, after a six-iron snapped in his hand while playing a par-three hole at the NSW Golf Club.

“He was devastated,” McDonald said.

“The club dug in sharply and had a sharp snap. It’s pretty much unheard of.

“Luckily there was no tendon damage as well, so it’s a pretty short turnaround. But just unfortunate timing.”

Josh Inglis is out of the T20 World Cup after suffering a hand injury while playing golf. (Dave Hunt/AAP PHOTOS)