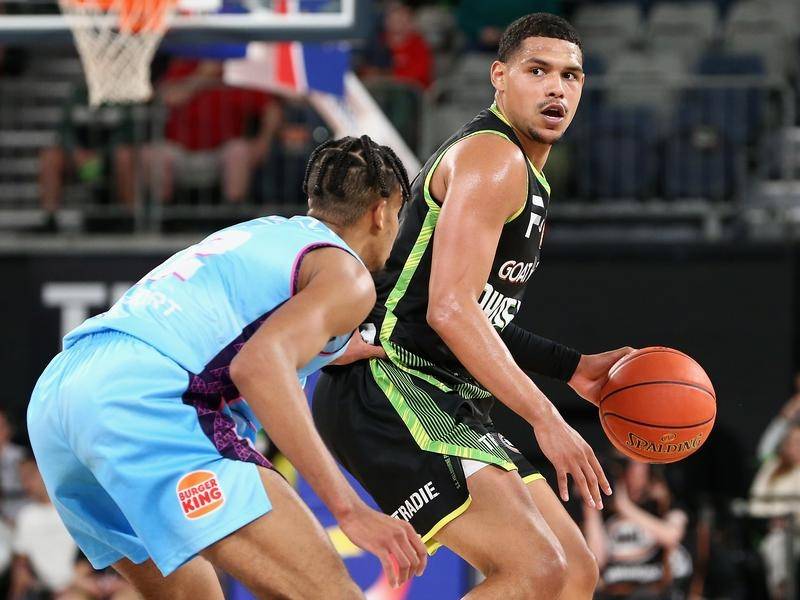 South East Melbourne Phoenix have thumped the New Zealand Breakers on their home floor, winning 99-77 in a dominant and clinical performance leveraged by a record-breaking opening quarter.

The Phoenix lost their last NBL outing to the Breakers at home in Melbourne last Saturday, but a five-day turnaround and a full roster on show was more than enough for them to recover and roll the hosts in front of their own fans.

Simon Mitchell’s side led from start to finish in the club’s 100th NBL game, opening their account with a 38-point first term – the highest in their history.

The Phoenix shot a whopping 76 per cent from the field, hitting 16 of their 21 shots.

New Zealand were not blown to pieces however, even in their third game in five days, scoring 25 points of their own at 50 per cent in the opening quarter.

Trey Kell III (r) was one of five Phoenix players to shoot double-figures against the NZ Breakers. (Rob Prezioso/AAP PHOTOS)