Month’s worth of rain has flow-on effects 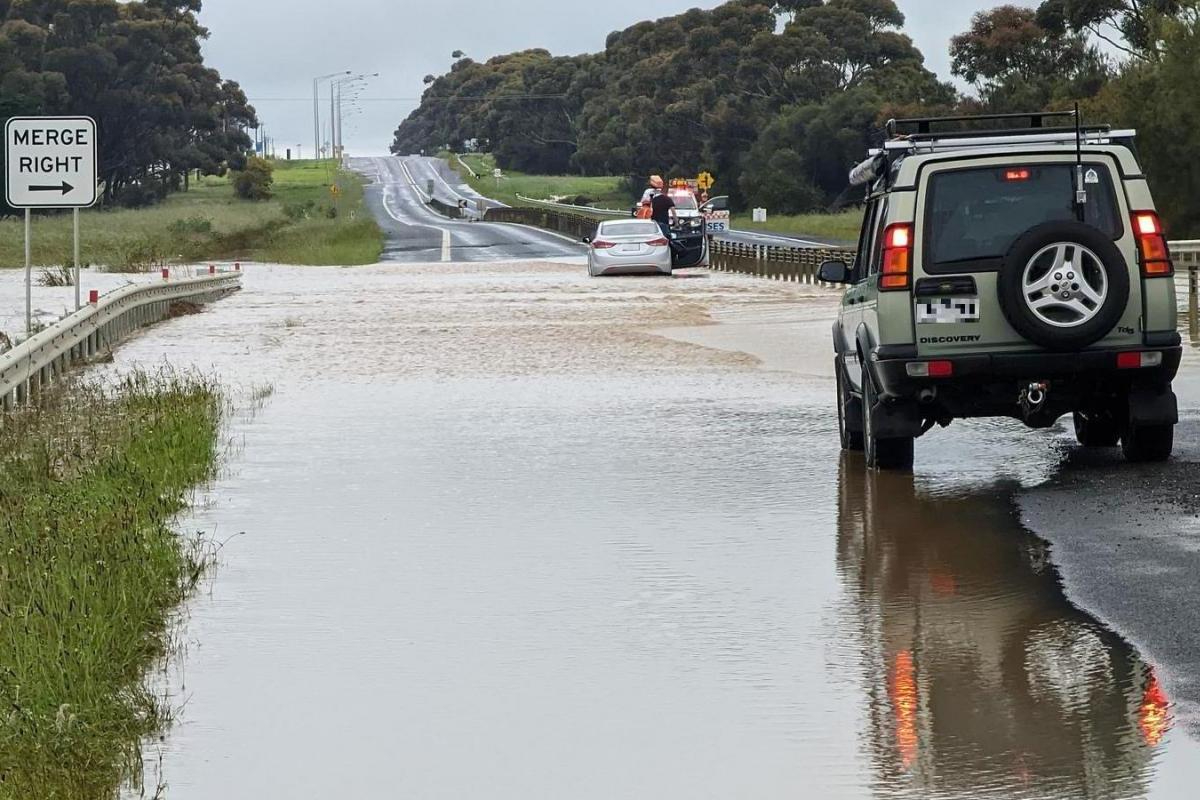 The State Emergency Service (SES) has been called to over 500 incidents across the state, including at least 100 across the Geelong region, one of those pictured above: a driver trying to take on floodwaters in a Toyota Camry despite the barrage of messaging: Do not drive through floodwaters.

Across the state, more than 400 roads are closed, including a number of flood-affected roads in Lara, Anakie, Sutherlands Creek, and Lethbridge.

In Lara, Hovells Creek has swollen with locals flocking to see flooded parkland 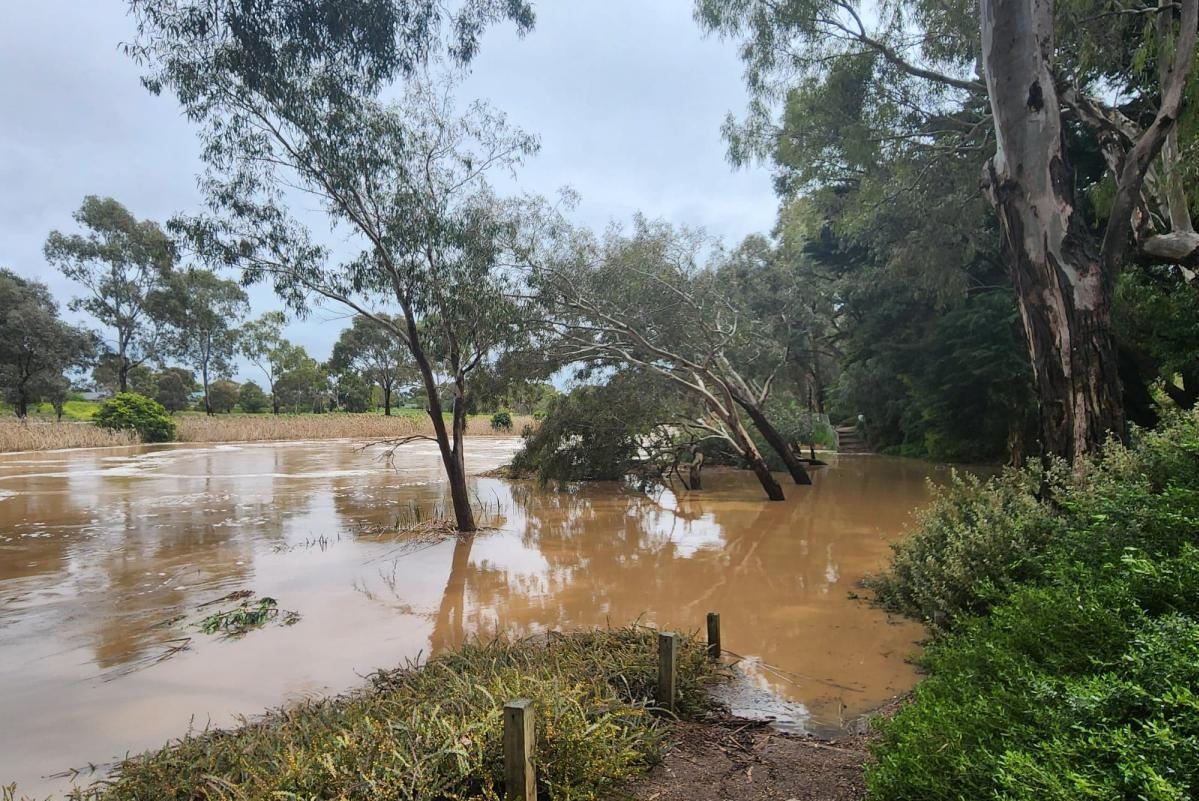 The main road between Geelong and Bacchus Marsh is closed, due to flooding to the North of the Barwon Prison Complex.

Detours are in place along Staceys Road, Geelong-Ballan Road, and Granite Road. 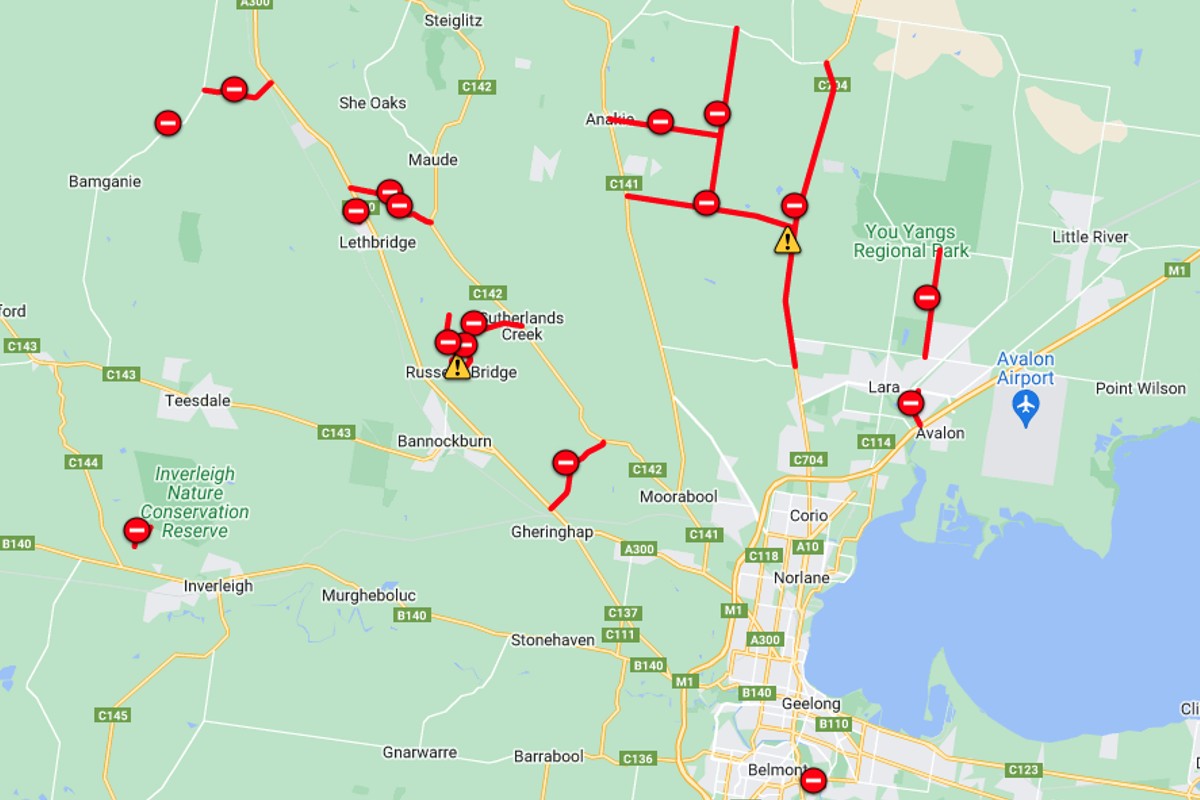 Most parts of the state are covered by Flood Advice, Watch and Act, Emergency Warnings or Evacuation Warnings with the Murray River at Echuca now exceeding the 1993 flood height, but the peak isn’t expected to be reached until late Sunday or early Monday morning. 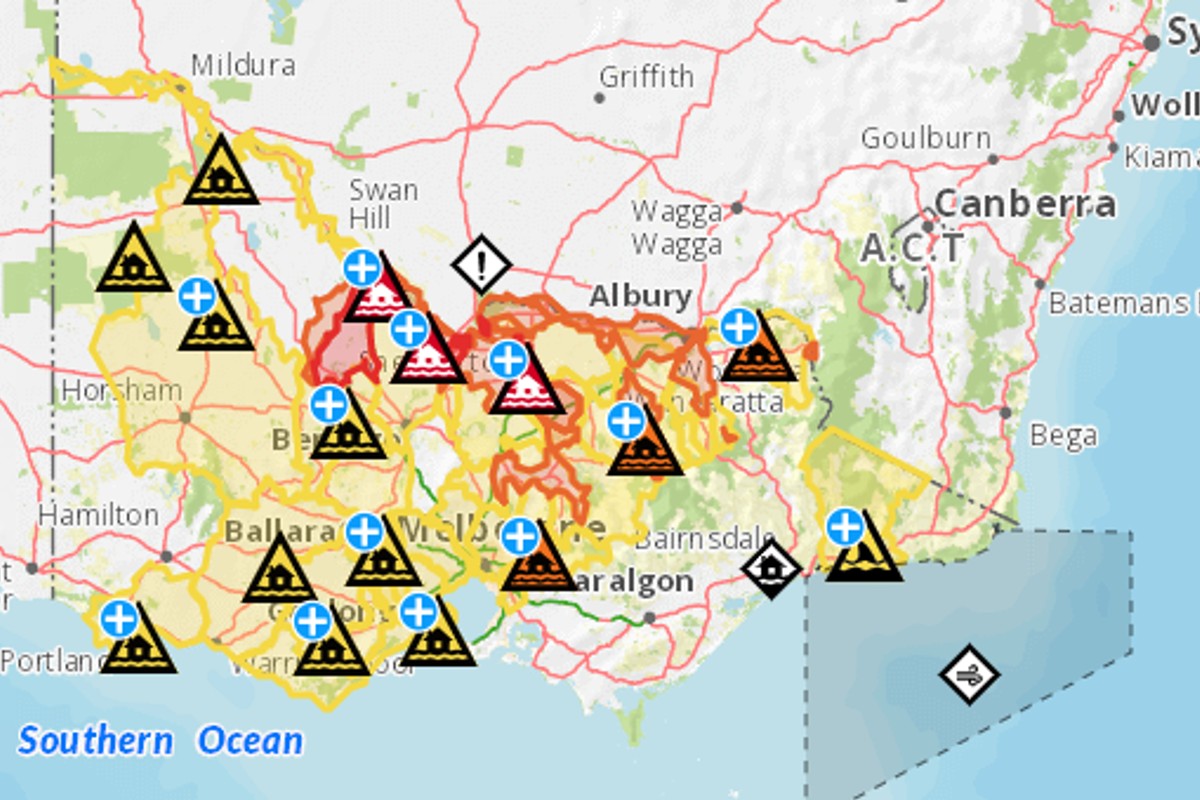 Top: A Toyota Camry stranded after attempting to drive through floodwaters on Geelong-Bacchus Marsh Road near the Barwon Prison Complex [L. Zacher]

Third: A number of local roads are closed [VicTraffic]

Fourth: Advice messages and flood warnings across the state [VicEmergency]