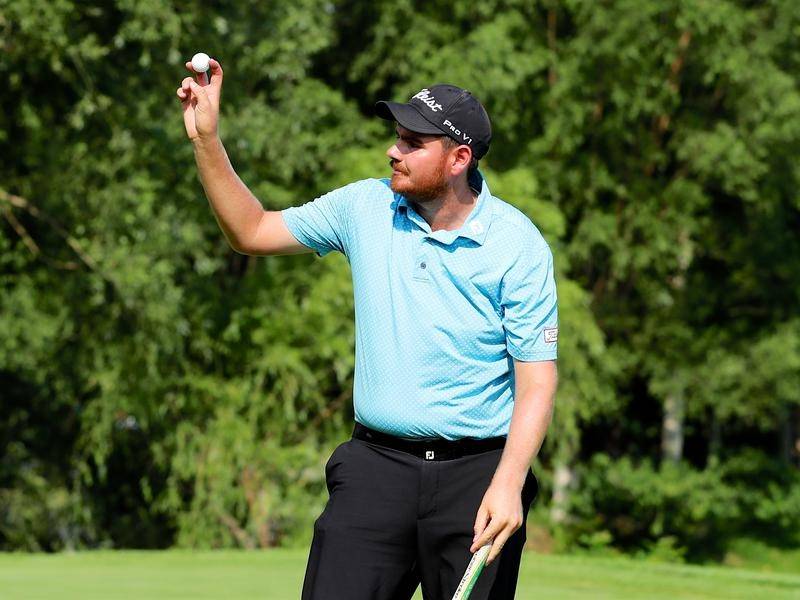 It wasn’t as emphatic as hoped, but former Curlewis golfer Deyen Lawson has held on to claim the WA Open and a maiden PGA Tour of Australasia title by two shots from Michael Sim.

The Geelong-born 31-year-old started the final round eight shots clear at 21 under and after 11 holes was 24 under and eyeing the tournament’s greatest-ever victory.

Then the nerves set in.

But not even two bogeys and a double bogey on the run home – he dropped five shots in six holes – and a Sim birdie on the last was enough to derail an otherwise dominant performance.

“It’s not easy. It never is,” Lawson, a four-time runner-up on the PGA Tour of Australasia said.

“Sometimes if you’re that far in front … you try not to have thoughts creep in but I just kept pushing and pushing.

“Through nine I might have got nine shots ahead and then thought, ‘now just hang on,’ which was not the right thing to do.

“In future I know that if I’ve ever got a good lead I need to just keep pushing until I finish. Really keep firing.”

Queenslander Chris Wood (66) was third at 16 under and Sydney amateur Jeffrey Guan (68) finished fourth, his best finish in a professional event.

Deyen Lawson has scored a two-shot win in the WA Open at The Western Australian Golf Club. (AP PHOTO)