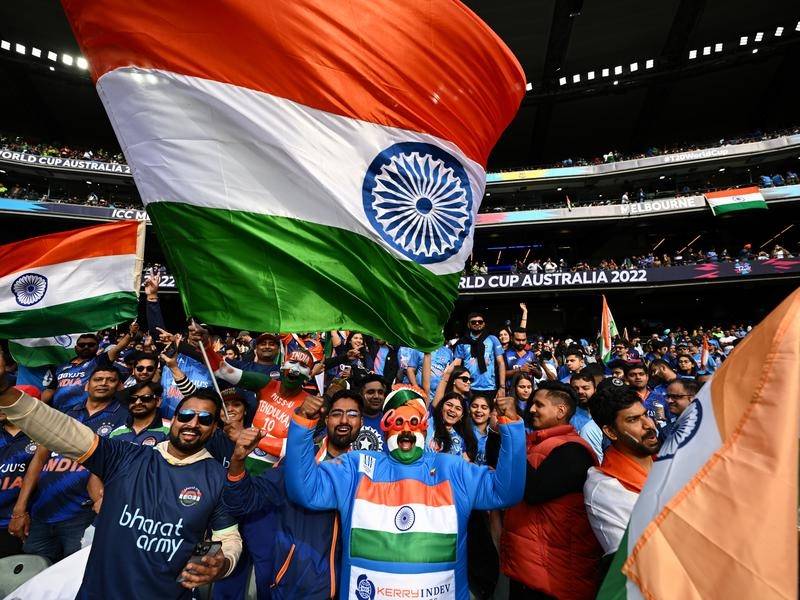 It will be known as the night Melbourne became Kolkata and Karachi.

A sea of blue and green flooded to the MCG on Sunday to create one of the most exhilarating and powerful sporting spectacles ever seen in Australia.

And that was before a single ball was bowled.

The storied India-Pakistan rivalry took centre stage at the Twenty20 World Cup in Australia’s biggest stadium, watched by a crowd of 90,293, a figure that may well even top the figure for next month’s final.

The rain gods had threatened to ruin a historic night, and the plans of hundreds of millions watching on TV, but Melbourne’s unpredictable weather held out.

Clashes between India and Pakistan are always highly anticipated, ever since the first Test series between the cricket-mad nations in 1952.