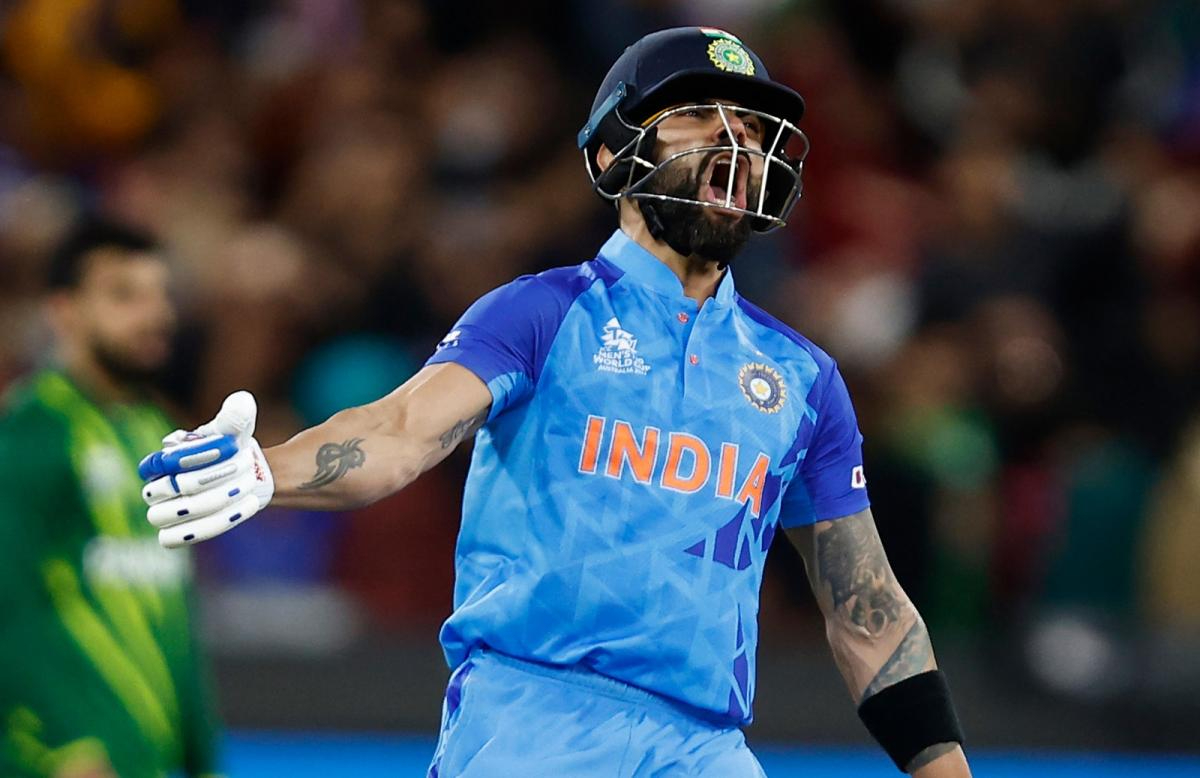 A legendary Virat Kohli knock has lifted India to an extraordinary last-ball win over arch-rivals Pakistan in a chaotic Twenty20 World Cup classic at the MCG.

In another epic chapter in one of world sport’s biggest rivalries, Kohli’s “impossible” unbeaten 82 helped India from 4-31 to pass Pakistan’s 8-159 and secure an unforgettable four-wicket win on Sunday.

Needing 16 runs off the final over, India allrounder Ravi Ashwin hit the ball over cover with the scores tied to secure the winning run and send the majority of the 90,293 fans into pandemonium.

The final six balls of the match from Pakistan spinner Mohammad Nawaz produced an extraordinary array of twists and turns, including no-balls, byes, wides and a stumping.

Nawaz was controversially called for a no-ball off the fourth delivery of the over from a full toss, which Kohli smashed for six, leaving Pakistan captain Babar Azam pleading his case to the umpires.

Kohli and Hardik Pandya put on a 113-run partnership before the latter was dismissed on the first ball of the last over.

Wicketkeeper Dinesh Karthik made just one before he was out off the second last ball, bringing Ashwin to the crease.

“I have no idea how that happened,” Kohli said.

“Hardik kept telling me just believe, believe you can do it and stay until the end.

“I was kind of pumping myself up to hit two sixes when we needed 28 off eight (balls), and that became 16 off six.

“I think I will count this one higher (than any other T20 innings) because of the magnitude of the game and what the situation was – it seemed impossible.”

Heavy rain predicted for Melbourne that threatened to derail the match never eventuated in a boost for all involved.

The crowd figure was one of the biggest for a cricket game in Australia, falling narrowly short of the 93,013 that attended the 2015 ODI World Cup final.