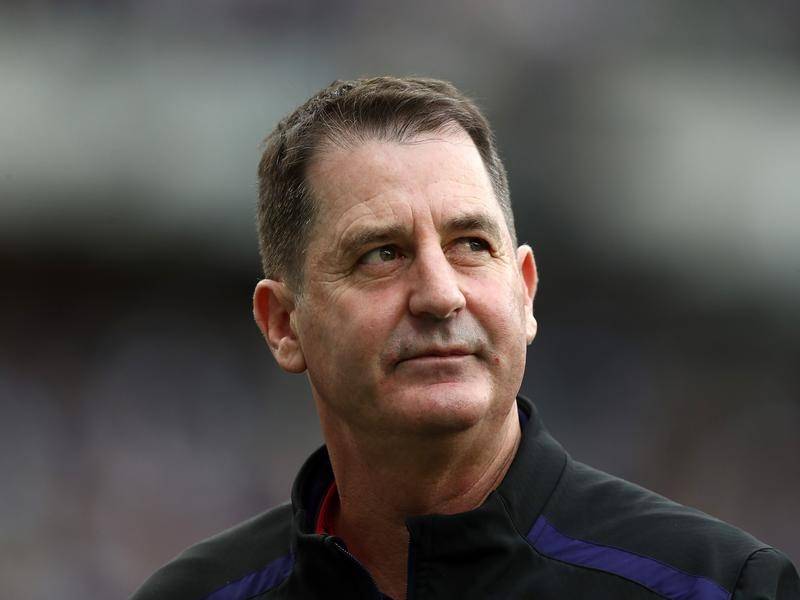 St Kilda are on the verge of confirming Ross Lyon’s sensational return to the club as senior coach.

Lyon met with the Saints’ hierarchy again on Sunday to thrash out the final details of what is expected to be a three-year deal.

The 55-year-old’s appointment could be confirmed as soon as Monday.

It comes after St Kilda sacked Brett Ratten this month as a result of a football department review, despite handing him a two-year contract extension in July.

Club president Andrew Bassat admitted Ratten’s extension was a mistake after the Saints decided they needed a different coach who could bring a “ruthless commitment to football excellence” to the club.

Chief executive Simon Lethlean, football director Jason Blake and incoming football boss Geoff Walsh were all present at Sunday’s meeting with Lyon, which was held at Bassat’s home in Melbourne.

Ross Lyon is tipped to sign a three-year deal with St Kilda to return as coach of the AFL club. (Gary Day/AAP PHOTOS)