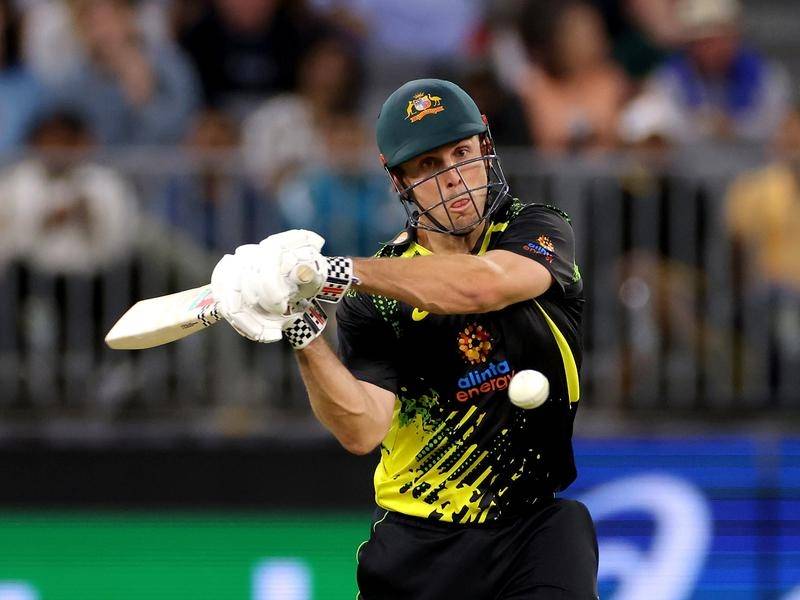 But Australia appear likely to instead back in the same XI as they scrap to keep their title defence alive.

For Australia to reach the semi-finals, they will almost certainly need to win their remaining four pool games against Sri Lanka, England, Ireland, and Afghanistan.

Even that might not be enough, with South Africa missing out due to net run rate at last year’s World Cup despite a 4-1 record.

Green’s two half-centuries as an opener in the T20 series against India last month showcased his potential, and he was brought into the World Cup squad following the freak golfing accident to Josh Inglis.

Australia’s star-studded batting line-up crumpled in a heap against NZ, with only Glenn Maxwell (28 off 20 balls) and tail-ender Pat Cummins (21) passing 20.

The official XI to take on Sri Lanka is yet to be released, but Marsh gave a strong indication there would be no changes.

That means Green and Steve Smith will have to bide their time for at least another match.

“If you look down at our team, we’ve got a pretty incredible batting line up for a T20 side,” Marsh said.

“We’re early on in the tournament and things may change but for now I think we’ve got a really set eleven and one that I truly believe in.”

When asked whether he would like to see Green in the side, Marsh replied with a smile: “Yes and no.”

“No, because it probably means he takes my spot. So we’ve had words about that.

“I just told him to calm down a bit and give me another few weeks, and then it is all his.

“But look, I think any time you’ve got someone like him on the sidelines, it’s good.

“It creates pressure within the group. But for now, I think we’ve got the right eleven.”

Marsh, whose lead-up to the tournament was disrupted by an ankle injury, has been cleared to return to bowling duties against Sri Lanka.