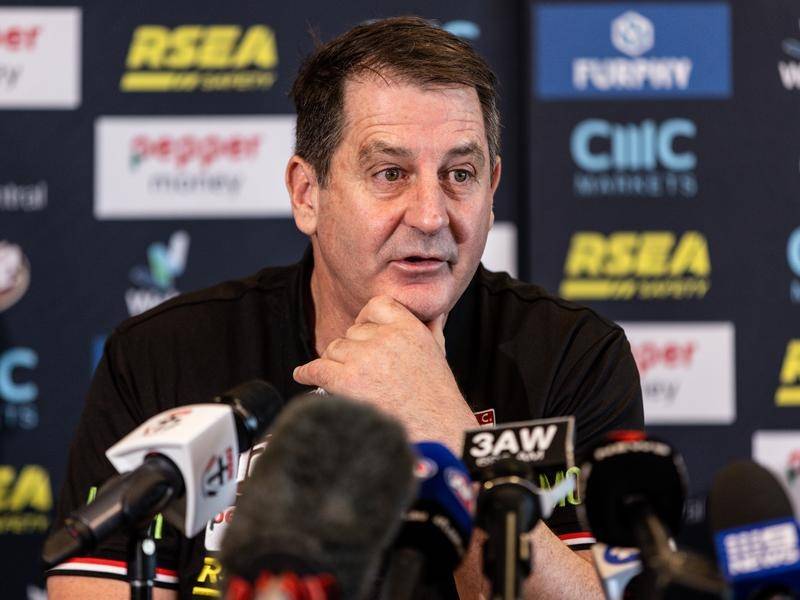 An “emotional” Ross Lyon is returning for a second stint as St Kilda coach, 11 years after controversially walking out on the AFL club to join Fremantle.

The Saints confirmed Lyon’s extraordinary homecoming in a media statement on Monday, under the headline of “He’s back”.

The 55-year-old Lyon said he had unfinished business at the club after coaching them to within one point of their second premiership – in their 2010 grand final draw with Collingwood, which was followed by a 56-point defeat in the replay.

“Once this opportunity came up, I’ve reflected on the special bonds and friendships I have with past players and staff that I’ve maintained since 2007 to my departure (in 2011),” Lyon told reporters.

“When I presented to the board and how I felt about St Kilda, I did get very emotional and it sort of unleashed a lot of memories, the highs and the lows.

“That sort of really validated how I felt about the club.”

Lyon admitted he made mistakes in his first stint at St Kilda and then later at the Dockers.

He said the Saints would put their “work boots on” and aspire to get back into the finals, pointing to Geelong premiership coach Chris Scott and Collingwood’s Craig McRae as examples of who has inspired him.

Lyon also mentioned a conversation he had with AFL legend Leigh Matthews that proved to be crucial in accepting the job at St Kilda.

“I’ve been strong in delivering, it’s a blank canvas here…I’ve been guilty of not bringing everyone on the journey,” Lyon said.

“I think my players, yes, but I want to bring all my football staff, make them emotionally connected to the journey and inspire them as much as you want to inspire the playing group.”

On October 14, Bassat and Lethlean held a media conference to explain St Kilda’s ruthless sacking of Ratten the night before.

That came less than 100 days after the club had handed Ratten a contract extension.

“We have spent the last 10 days talking extensively to Ross. He has presented to our board and met multiple times with myself, Simon Lethlean and Geoff Walsh to share his vision for the future of our program,” Bassat said.

Lyon is intent on building credibility for St Kilda, after twice leading them to losing grand finals during his previous five-year tenure.

The Saints are in the midst of the competition’s longest premiership drought, dating back to their only VFL flag in 1966.

St Kilda’s treatment of Ratten was labelled “disgraceful” and “demeaning” by former A-League coaching great Ernie Merrick, who spent most of the 2022 season as a part-time coaching mentor at the club.

Ratten’s sacking was the result of a football department review during which Merrick backed the then-coach to keep his job.

Lyon was sacked as Fremantle coach in 2019.

Upon returning to St Kilda, he becomes the first coach since David Parkin in 1991 – following a six-year break from Carlton – to have a second full-time stint in charge of an AFL club.

Bassat said Lyon was appointed to develop a winning culture at the Saints.

“Ross’ unwavering pursuit of on and off-field excellence is exactly what we believe we need to take this club forward,” Bassat said.

Bassat said the findings of the review into the club’s football department would be released within the next week.

Ross Lyon says he has always had a special bond with St Kilda. (Diego Fedele/AAP PHOTOS)