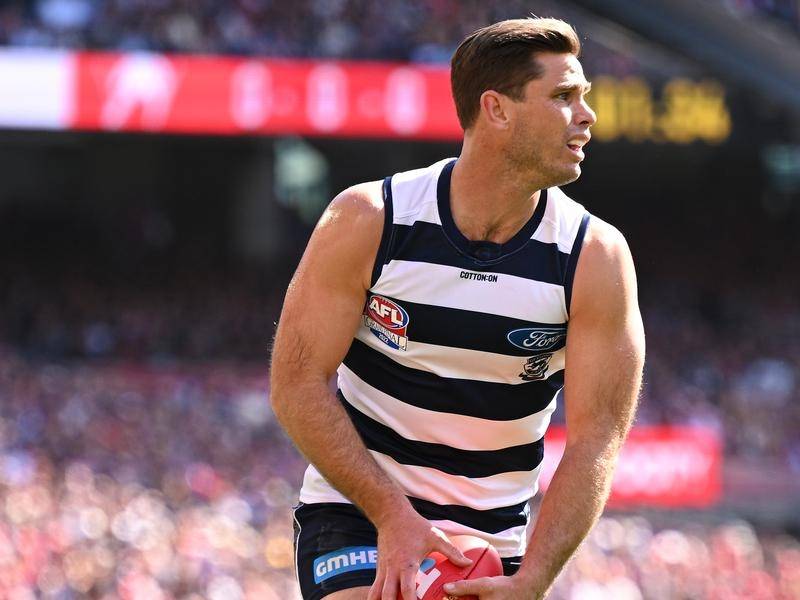 And fellow flag-winners Tom Atkins and Zach Guthrie have inked fresh two-year deals with the Cats.

“We are thrilled that all five of these players have re-committed,” Geelong’s football manager Simon Lloyd said in a statement.

“Players like Tom Atkins and Zach Guthrie are key pillars of our medium to long- term future.

“Zach (Tuohy) and Isaac, among a long list of players at our club, are key reasons why we have been able to achieve what we have this year.

“Both are experienced big-game players … and they drive standards across the club.

“Hawk has achieved so much in his career over such a long period of time and it’s a tribute to his hard work and dedication that he continues to get better each and every year he plays the game.”

Hawkins, a 327-gamer who was this year’s All Australian captain, will play on for a 17th AFL season while Irishman Tuohy will play his 13th.

Smith, who has played 48 games for the Cats since moving from Hawthorn for a 258-game career total, is a four-time premiership player and won the Norm Smith Medal for best-afield in Geelong’s 81-point thrashing of Sydney in this year’s grand final.

Tom Hawkins is among five players confirmed on Monday to have re-signed with Geelong. (James Ross/AAP PHOTOS)