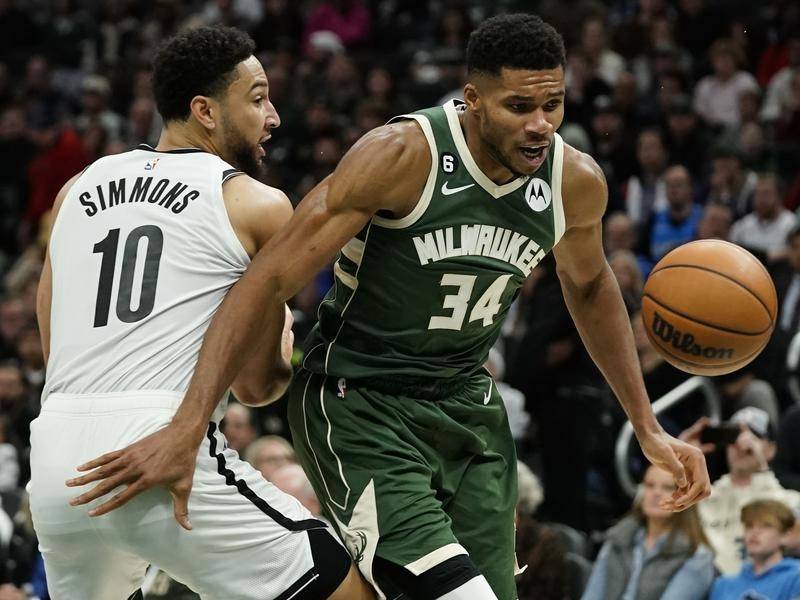 Brooklyn Nets coach Steve Nash says he wants to see Ben Simmons regain “that joy of playing the game” as the three-time All-Star tries to bounce back after missing all of the last NBA season.

Simmons hasn’t scored more than seven points in any of Brooklyn’s first four games as the Nets have staggered to a 1-3 start. He had four points, nine assists and five rebounds in 28 minutes on Wednesday night as the Nets fell 110-99 to the Milwaukee Bucks.

Brooklyn are counting on Simmons to make a successful return from back surgery as they attempt to contend in the Eastern Conference. They acquired Simmons at the trade deadline last season in a move that sent 10-time All-Star James Harden to the Philadelphia 76ers.

“Ben and I work every day at this, trying to give him the confidence to go out there and be aggressive and try to get back to at least the feeling of joy on the court,” Nash said before Wednesday’s game.

Simmons, the No.1 overall pick in the 2016 draft, said he’s feeling better with every game. That’s not apparent from his statistics thus far.

He’s averaging 5.3 points, 7.5 assists and 5.8 rebounds. He fouled out of two of Brooklyn’s first three games. The Nets host the Dallas Mavericks on Thursday in the first of four straight home games.

“I definitely feel each game I’m progressing a little bit in terms of my physicality and aggression,” Simmons said after the Bucks game.

Nash said he just wants to see Simmons playing hard, fast and aggressively. The coach said he isn’t worried if Simmons makes mistakes early on in his comeback, as long as he’s showing that energy.

Before this season, Simmons hadn’t played a game since the 76ers’ Eastern Conference semi-finals loss to the Atlanta Hawks in June 2021. He didn’t play last season due to mental health concerns before his trade to Brooklyn, as well as his back issue.

The Australian’s teammates are encouraging him as he works his way back from the long absence.

“He has the skills to be a great professional,” Nets guard Kyrie Irving said.

“We’re just here to give him positive affirmation while he’s out there and just let him hoop.

“While he’s hooping and getting back into it, we’re going to have to really jell as a team in order to learn how to win as a group.”

Ben Simmons and the Nets suffered a third loss in four games, going down by 11 points to Milwaukee. (AP PHOTO)