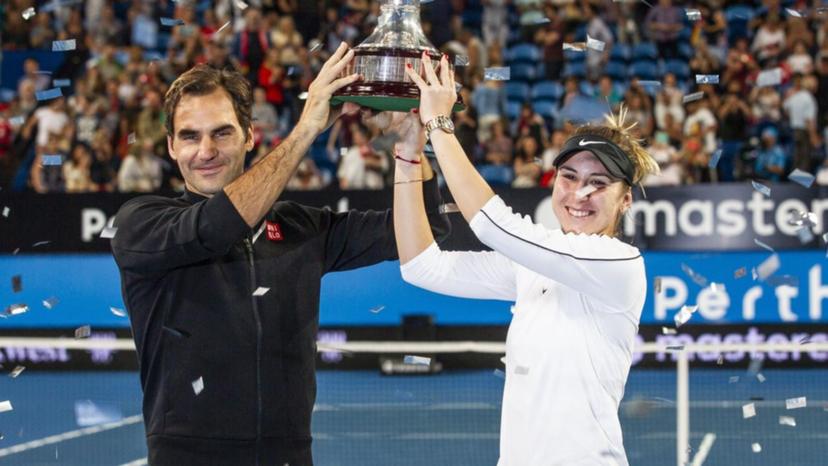 The men’s-only ATP Cup has officially been axed in favour of an exciting, new $US15 million ($A23m) mixed-gender event to launch the 2023 global tennis season in Australia.

In a revival of sorts of the hugely popular Hopman Cup, the world’s best male and female players will come together this summer to compete side by side at the United Cup in Brisbane, Perth and Sydney.

Raising the tantalising prospect of in-form old flames Nick Kyrgios and Ajla Tomljanovic reuniting for Australia, or Alex de Minaur pairing up with one of the country’s emerging female stars, each team will consist of up to four men and four women.

Eighteen nations will compete, with Brisbane and Perth fans to be treated to international tennis for the first time since 2020 and Sydney to stage the finals.

Canada are also blessed with an abundance of choice with Bianca Andreescu, Leylah Fernandez, Felix Auger-Aliassime and Denis Shapovalov all possible combinations.

An ATP-WTA event, presented in partnership with Tennis Australia, the United Cup will also offer rankings points and serve as the first summer lead-up event down under before the Australian Open from January 16-29.

Each city will host two groups of three countries, competing in a round-robin format, with ties comprising of two men’s, two women’s singles matches and one mixed doubles encounter from December 29 to January 4.

Each city winner will advance to the United Cup semi-finals in Sydney with the final taking place at Ken Rosewall Arena on January 8.

The introduction of the United Cup comes after the Hopman Cup – a wildly-popular mixed team event staged in Perth – was axed in 2019 after 30 successful years.

The Hopman Cup’s demise, after being one of the few international events teaming men with women, led to widespread uproar in the tennis community.

It featured tennis titans Roger Federer and Serena Williams facing off on the match court for the first and only time in their careers in the final edition of the tournament almost four years ago.

But officials hope the United Cup proves a bigger and better version.

“The United Cup presents a unique opportunity to unite both the men’s and women’s tour in a brand new way,” said TA boss and Australian Open tournament director Craig Tiley.

“We have the opportunity here in Australia to leverage tennis’s unique position to allow the world’s top men and women to compete side by side and represent their country at the highest level.

“We couldn’t be more delighted.”