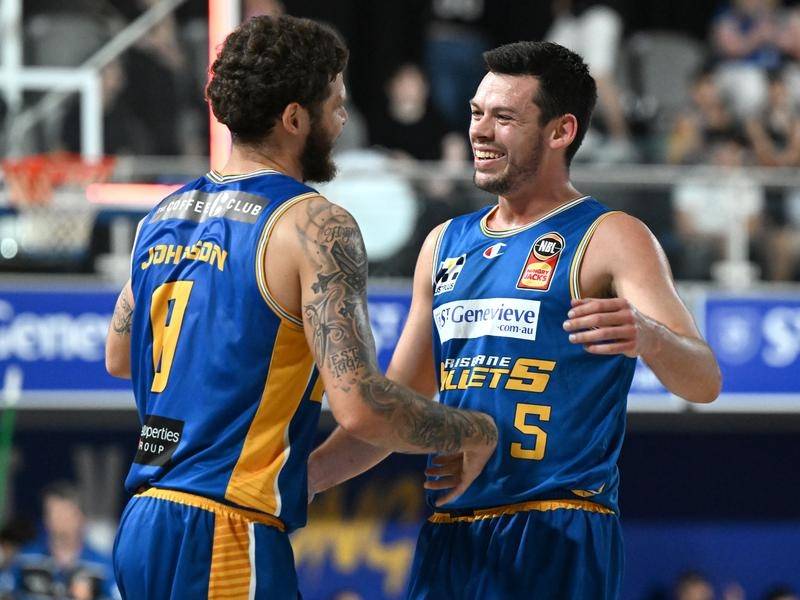 Nathan Sobey’s electrifying first half has launched Brisbane to a comprehensive 86-61 dismantling of Illawarra in the NBL at Nissan Arena.

Sobey blasted all of his 22 points in a career-best first half on Thursday night as the rejuvenated Bullets made it two wins in four days over the bottom-ranked Hawks, by a combined 51 points.

“Consistency was the challenge going into the game,” Bullets coach James Duncan said.

“You can’t win that type of game on Monday (by 26 points) then come home and have a different performance.

“For the most part, we checked those boxes.”

DJ Mitchell’s acrobatic alley-oop from Jason Cadee’s lob in the opening seconds set the tone before Sobey put the contest virtually to bed by rifling 14 unanswered points during a sizzling 98-second stretch.

The Tokyo Olympian then dished an assist for a Cadee three-pointer to cap a 17-0 run, which turned an early 4-5 deficit into a whopping advantage.

Brisbane extended their buffer to 52-30 at halftime, Illawarra’s offence growing increasingly ragged and their defence routinely opened up.

The Hawks’ 2001 championship winner and television commentator Damon Lowery said: “There’s no other way to say it – it’s garbage” as his old side continued to struggle at both ends in the second half.

Co-commentator and Bullets legend Derek Rucker agreed, declaring: “These are two of the worst (losses) I’ve seen in NBL history, back-to-back like this”.

Bruising big men Aron Baynes and Harry Froling upped Brisbane’s cushion to a whopping 30 points before Illawarra rallied late but only once the benches were cleared.

Deng Deng (11 points, 11 rebounds) was the only Hawk to notch double digits, while point guard Peyton Siva was solid in his first game for the club after only arriving in Australia on Tuesday.

“We had a really good opportunity after getting embarrassed on our home floor, to come back here and show something,” Illawarra coach Jacob Jackomas said after his side lurched to their fifth successive defeat, the last three by a combined 77 points.

“We didn’t even show any adjustment in that game from the last one.

“We need to figure that out.”

Brisbane have scored their first home win of the NBL season by thrashing Illawarra by 25 points. (Darren England/AAP PHOTOS)