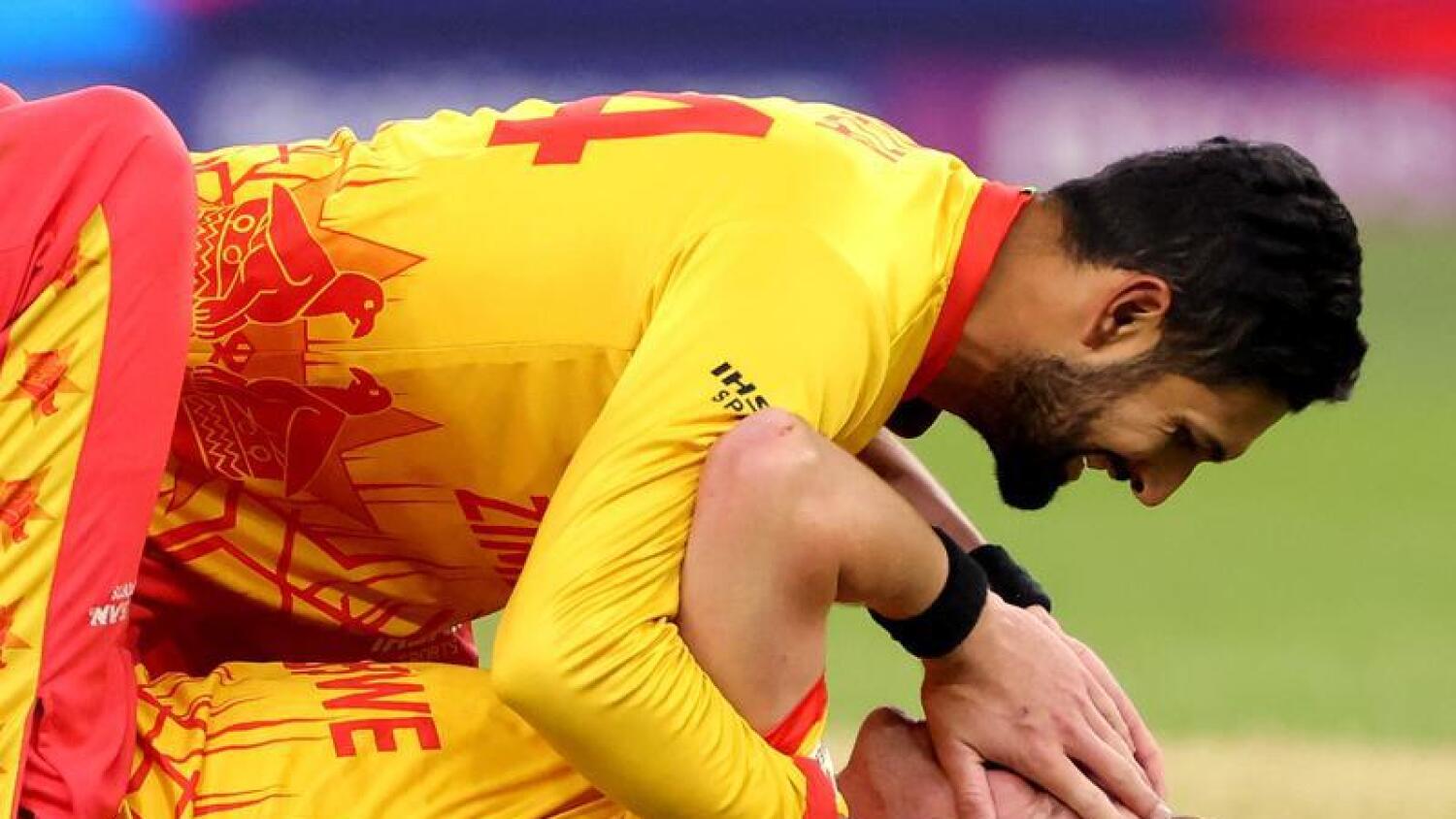 Mohammad Nawaz’s redemption hopes only ended in more heartbreak as Zimbabwe secured a pulsating one-run upset win over Pakistan in yet another final-ball thriller at the T20 World Cup.

In reply to Zimbabwe’s 8-130, Pakistan’s run chase was a topsy-turvy affair, but they were on track for victory on Thursday in Perth after getting the equation down to four runs required off the final four balls.

Nawaz, whose horror final over against India cost his team victory at the MCG, looked set to be the match winner after moving to 22.

But when he was caught at mid-off on the penultimate ball of the innings, it left Pakistan needing three off the final delivery.

Shaheen Afridi, facing the final delivery from Brad Evans, bunted the ball down the ground in what under normal circumstances would only end up being a single.

But with Pakistan needing two to send it to a Super Over, Afridi tried to scramble back for the second.

Zimbabwe fans would have had their hearts in their mouths when wicketkeeper Regis Chakabva fumbled the incoming throw.

But when Chakabva recovered from the juggle and whipped off the bails, it sparked wild celebrations among Zimbabwe’s players.

The result all but ended Pakistan’s hopes of reaching the semi-finals.

Zimbabwe, whose opening match against South Africa was abandoned due to rain, are now in the running to progress after producing one of the biggest upsets of the tournament.

Pakistan were struggling at 3-36 in the eighth over after captain Babar Azam (4), Iftikhar Ahmed (5) and Mohammad Rizwan (14) all fell cheaply.

Pakistan recovered from that stumble to move to 3-88, but two wickets in as many balls to spinner Sikandar Raza (3-25) thrust Zimbabwe back into the contest.

Nawaz’s knock looked set to be enough to get his team over the line, but his late dismissal proved to be the crucial turning point.

Earlier, Pakistan had sparked a collapse of 4-0 to restrict Zimbabwe to 8-130.

Zimbabwe made a bright start and were on track for a competitive score after moving to 3-95 in the 14th over.

But they suffered a horrific six-ball stint after that, with Sean Williams (31 off 28 balls), Regis Chakabva (0), Sikandar Raza (9), and Luke Jongwe (0) all falling as Zimbabwe slumped to 7-95.

Spinner Shadab Khan (3-23 off four overs) kick-started the collapse with two wickets in the final two balls of his impressive spell.

“It was brilliant,” Khan told Fox Sports when asked about the catch.

“I didn’t expect it, because nowadays he misses chances a bit.”

Paceman Mohammad Wasim (4-24 off four overs) joined in on the fun next over with two wickets in as many balls.