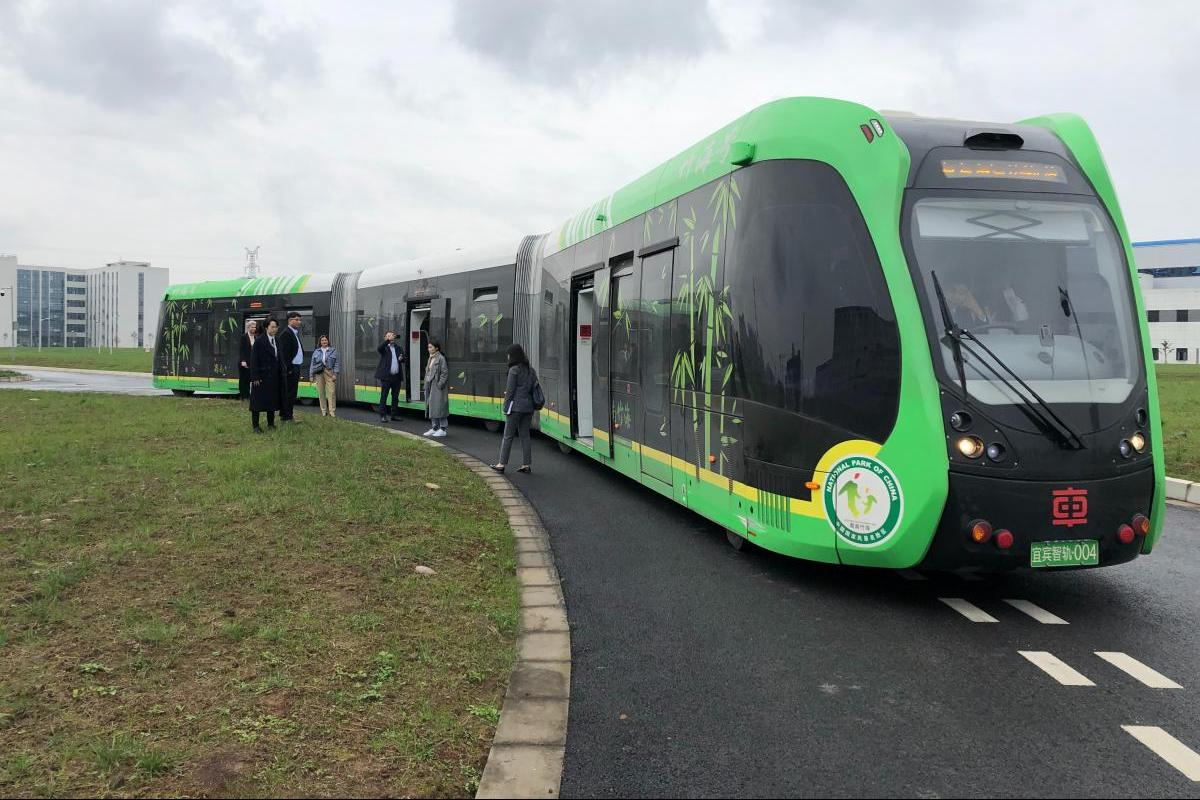 The Committee for Geelong is continuing its push for “rail-less trams” for the region, ahead of a State Election, and the upcoming Commonwealth Games.

In 2019, the Committee sent a delegation including representatives from Urbis and Deakin University to China to research the “new, transformative transport technology”

Transport expert Graham McCabe from Urbis will join the virtual briefing to outline key features of the railless trams, and the proposed trial route for Geelong.

The briefing will run from 11am on Wednesday and to take part,  registrations are required by visiting the Committee’s website.

Urbis director Breton Fleming said the railless tram’s bogie, rather than a bus suspension, low-profile, and smooth ride would allow passengers to safely stand as they travelled short distances between stops.

“These trams look and feel like you are riding on a metropolitan tram in Melbourne,” Mr Fleming said.

“They have smooth acceleration and deceleration. There’s no roll as they corner and it’s very stable to the point you can ride it hands-free much like an inner urban tram.”

Mr Fleming said while any public transport performed better in its own lane, Advanced Rail-less Trams can operate in a shared lane with the impact on the road surface less than that of articulated buses on busy routes.