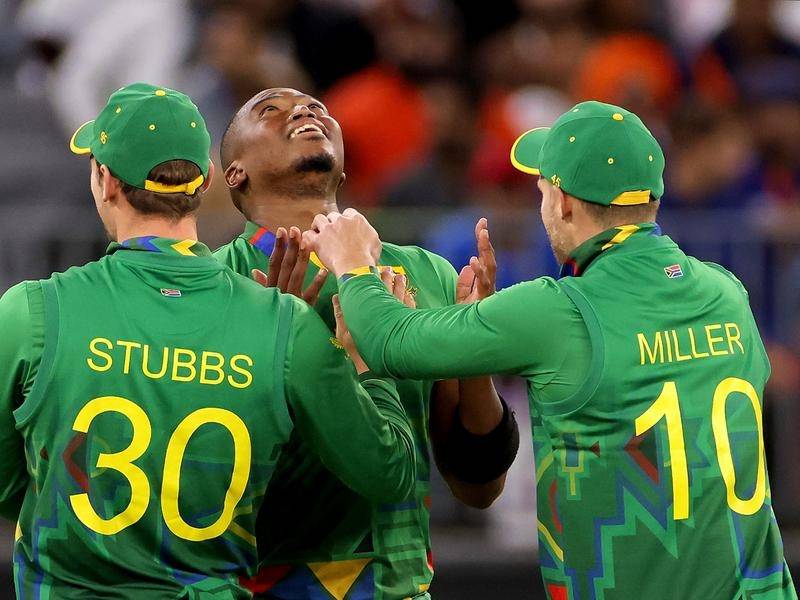 Aiden Markram was left thanking his lucky stars after Virat Kohli dropped a sitter in the deep in South Africa’s five-wicket T20 World Cup victory over India in Perth.

In reply to India’s modest 9-133 on Sunday, South Africa were struggling at 3-40 after 10 overs on a tricky batting wicket.

South Africa cracked 16 runs off the next over to signal their intent, but the night looked over for Markram when he struck Ravichandran Ashwin straight to Kohli at deep mid-wicket in the 12th over.

Kohli juggled the ball twice before it hit the grass, giving Markram a life on 35.

Markram was given another reprieve on 36 when Rohit Sharma missed a close-range run-out chance.

The 28-year-old opener took advantage of the let-offs to bring up his half- century off 38 balls, before eventually being dismissed for 52.

Lungi Ngidi gives thanks as he is congratulated after dismissing KL Rahul in the T20 World Cup. (Richard Wainwright/AAP PHOTOS)