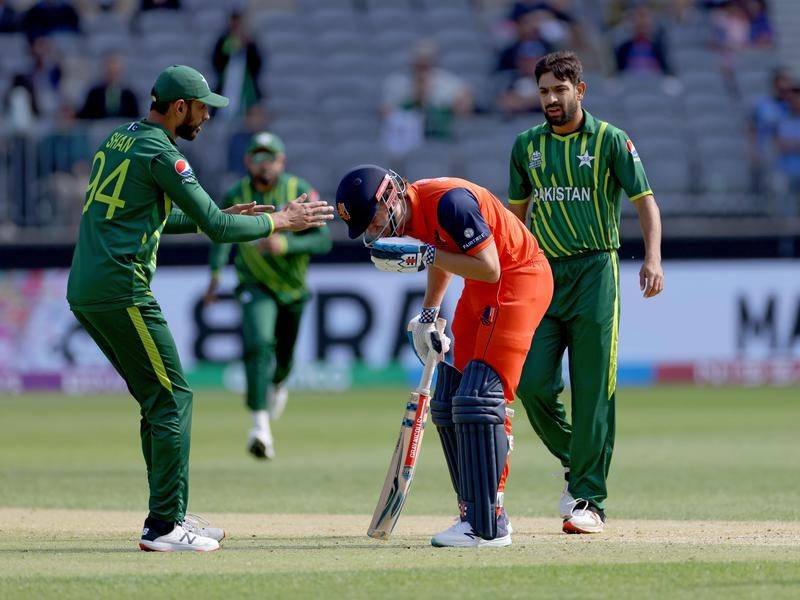 Pakistan insist they’re not worried about the form of Babar Azam despite the captain failing again in Sunday’s six-wicket T20 World Cup win over the Netherlands.

The Netherlands were restricted to a paltry 9-91 at a windswept Optus Stadium in Perth.

In reply, Pakistan made light work of the run chase, with Mohammad Rizwan (49 off 39 balls) and Fakhar Zaman (20 off 16) powering them to victory in 13.5 overs.

The emphatic win was welcome news for Pakistan, who began their tournament with a pair of final-ball losses to India and Zimbabwe.

The only concern from Sunday’s match for Pakistan was the continued poor form of Azam.

The 28-year-old made a duck and four in his first two games and was run out for four against the Netherlands.