Record win could come at a cost 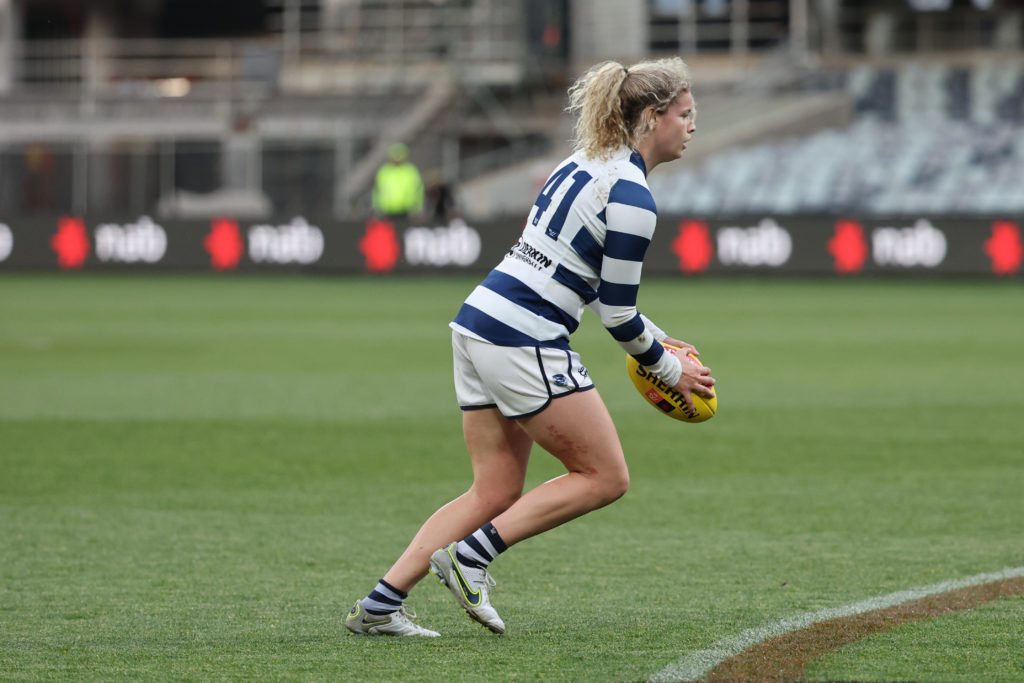 Geelong’s club-record AFLW thrashing of bottom side Sydney could come at a massive cost, with young gun Georgie Prespakis hurt in the 75-point win.

A month after their AFL brothers mauled the Swans by 81 points in the grand final, the Geelong women were similarly merciless on Saturday at GMHBA Stadium in the 15.12 (102) to 4.3 (27) romp.

But Prespakis was in tears on the bench and in a moon boot after the game because of her right ankle injury, a week out from the finals.

Prespakis was hurt as she stormed out of the centre with the ball from the opening bounce of the last term.

As Prespakis kicked on the run inside 50m, Aliesha Newman caught her in a tackle and the gun Cats midfielder fell awkwardly.

Her right ankle rolled outwards and she immediately limped from the field for treatment.

The Cats rose to fourth spot with the thumping win, but Richmond or North Melbourne will take it from them after their game on Sunday.

Geelong broke their club record of 11.5, set earlier this season, and also had their biggest winning margin.

They went within five points of the AFLW all-time highest score, with Melbourne kicking 16.11 last season.

Prespakis was tracking for best afield honours before her injury, racking up 27 disposals.

Kate Darby was outstanding in the ruck and as a key position player, kicking two goals.

The Swans went winless in their debut season and will finish last, but they have plenty of emerging young players and Cynthia Hamilton picked up 19 possessions.