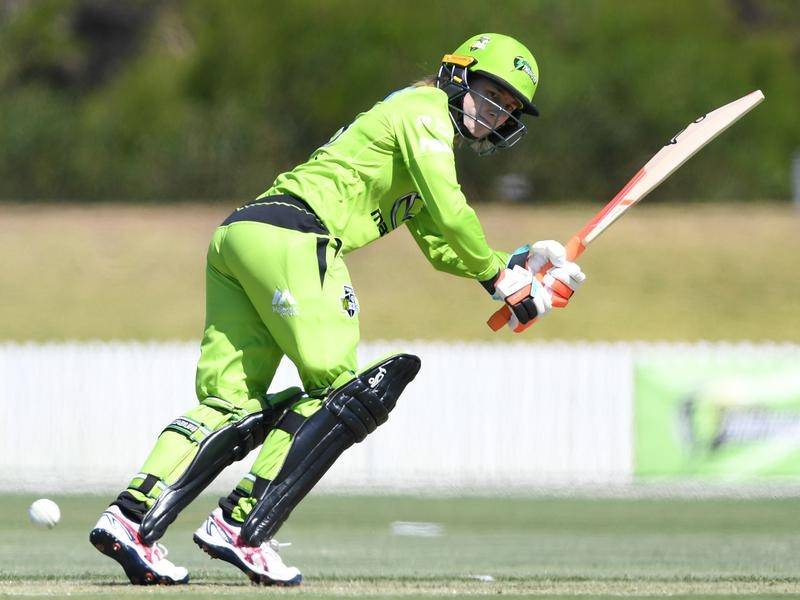 The WBBL finals hopes of the Melbourne Stars and Sydney Thunder have taken a hit after their match was washed out due to rain.

The Thunder were 2-79 after 13.5 overs at Eastern Oval in Ballarat on Monday when heavy rain forced players off.

Conditions failed to improve sufficiently, forcing the match to be abandoned.

It left the Stars and Thunder in sixth and seventh spot on the table respectively, four points adrift of fourth spot.

Before rain halted play, Thunder opener Amy Jones (38 off 35 balls) and Rachael Haynes (15no) had given their team a solid foundation.

The Thunder and Stars have now each had two matches washed out.

Rachael Haynes was 15no when rain forced the Thunder’s WBBL clash against the Stars to be abandoned. (Dean Lewins/AAP PHOTOS)