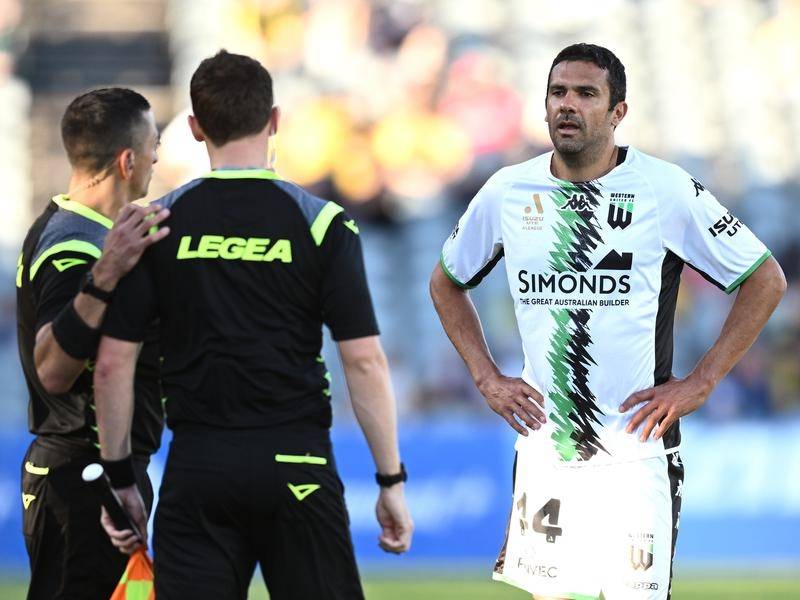 Western United veteran Nikolai Topor-Stanley has been offered a three-match ban for the incident that saw him red carded in last week’s 4-2 loss to Central Coast.

Topor-Stanley initially received a yellow card for his lunging tackle that brought down the Mariners’ Garang Kuol early in the second half of last week’s A-League Men match in Gosford.

But upon a VAR review, Topor-Stanley was instead issued a red, with the moment proving to be the turning point in the contest.

The minimum sanction for the offence is one game, but the MRP has proposed a three-match ban.

Under the regulations, Topor-Stanley may refer the matter to the independent Disciplinary and Ethics Committee to challenge the ban.

Macarthur FC’s Jonathon Aspropotamitis and Brisbane Roar’s Jordan Holmes will have to serve automatic one-match bans after each received a red card for denying the opposing team an obvious goal-scoring opportunity.

Nikolai Topor-Stanley has been slapped with a three-game ban for his red card against the Mariners. (Dan Himbrechts/AAP PHOTOS)