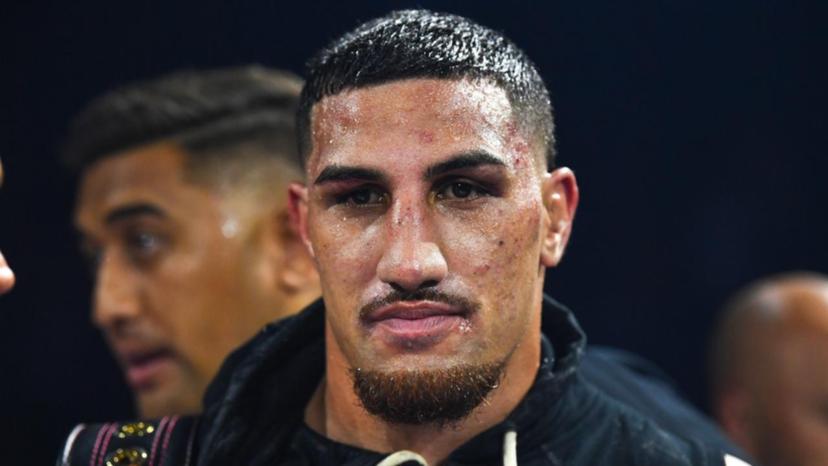 Justis Huni has accepted he’ll spend another long stint out of the ring despite still waiting for confirmation on the extent of his latest hand injury.

The Australian heavyweight prospect had scans on both hands after his points victory against New Zealand’s Kiki Leutele last Friday.

The 23-year-old left a meeting with a surgeon on Thursday still unsure of the extent of the damage in his right hand, with bruising still severe enough to cloud the scans.

Huni (7-0) spent a year out of the ring after damaging a ligament in his hand in a win over Paul Gallen, an injury commonly known as boxer’s knuckle.

He told AAP the pain he’s experienced since Friday’s tough victory was similar to that, but until the bruising subsides he wouldn’t know for sure.

A ligament tear would require surgery and could keep him out of the ring for nine months.

His next fight scheduled for December 16 is off the table regardless, the setback coming on the same day he learned of his rise into the WBO world heavyweight rankings at No.15.

Huni was upbeat though, able to reflect on a dramatic bout with Leutele that began with him uncharacteristically in close trading punches rather than controlling the distance with his skill.

“Last time (he had surgery) I missed the Olympics, so that was tough to take,” he said.

“This time, if I do need surgery, I know I’m only young at 23 and can still train the whole time and work on things.

“I learnt plenty from that fight, good and bad lessons; it was like two completely different fights.

“But after watching it back with my dad (and trainer Rocki) I know what works for me.

“I felt like I could box forever (once he gave himself some distance) but it was about experimenting with styles and it’s good to know I can make that switch in an instant if I need to.”