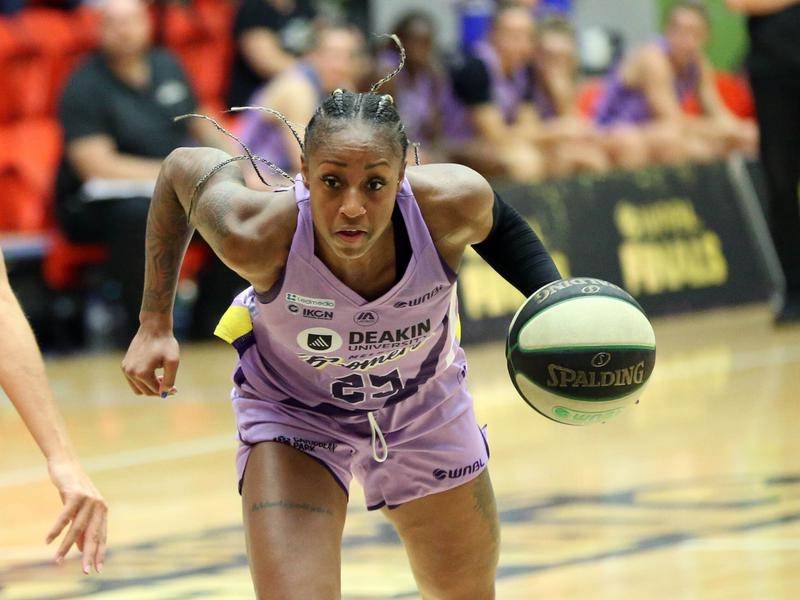 Melbourne have ensured Adelaide remain winless through three games of the WNBL season after outlasting the Lightning 85-81 in a tight contest in Parkville.

On the afternoon the Boomers unveiled their championship banner in front of a sold-out home crowd, the reigning title-holders were pushed to the final moments by a Lightning side backing up for their second game in two days.

The scores were tied at 68-68 with eight minutes left in the fourth term before Melbourne went on a 12-6 run to open a near insurmountable gap with 90 seconds remaining.

Kristy Wallace (16 points) hit a three-pointer with the clock winding down and the Boomers held on to win by four points despite the visitors’ valiant late surge.

Tiffany Mitchell was among the players to hit double figures in the Boomers’ WNBL win over Adelaide. (Trevor Collens/AAP PHOTOS)